A Gold Bug in the US Federal Reserve: What President Trump’s Nomination Means 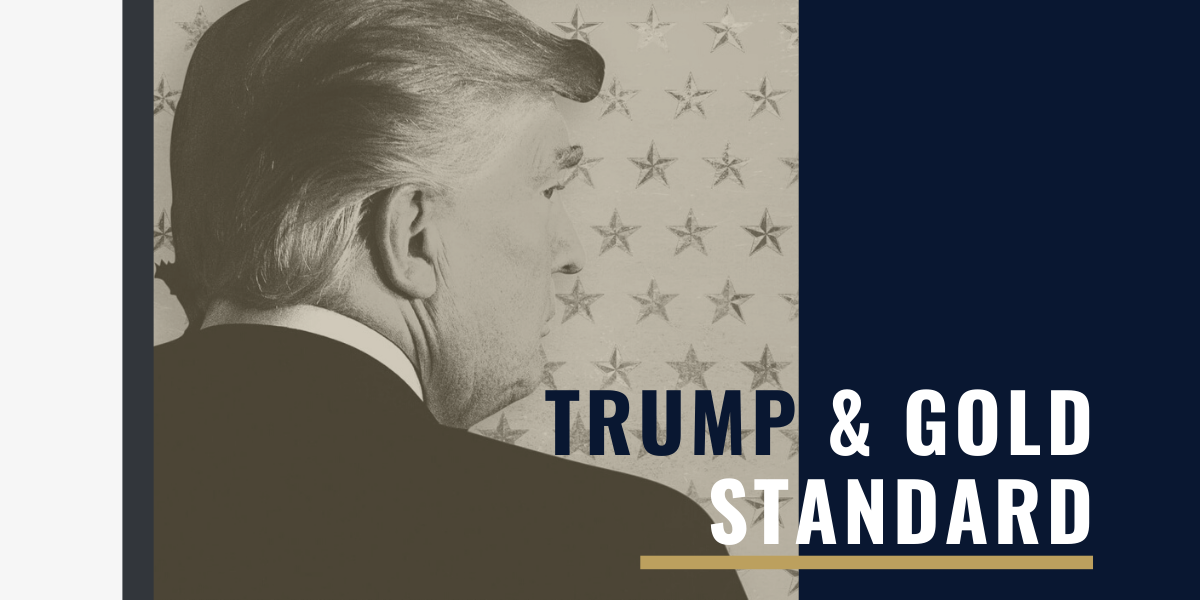 US President Donald Trump openly adores gold. He is perpetually surrounded by hues of what many, other than the Baby Boomers, consider a rather brash and tacky color.

As an illustration, on his first day in office the president had the muted red drapes of Obama’s Oval Office replaced with new ones in his signature gold shade. This shiny yellow color also features prominently in his Mar-a-Lago estate and is of central importance in his ode to Versailles – his New York City penthouse. His private jet’s bathroom, bedroom and seatbelt buckles all have the literal Midas touch.

Gold gilds the exteriors of Trump International Hotels and is often central in his political and business branding. In 2011, he accepted gold bullion worth $176,000 as a security deposit. And long before the fulfillment of his political aspirations, he tweeted, “The Golden Rule of Negotiating: He who has the gold makes the rules.”

Early in his political career, the president alluded to his aspirations of returning the US monetary system to the gold standard. Speaking in New Hampshire, he told his audience, “We used to have a very, very solid country because it was based on a gold standard.”

Noting that it was a difficult task to reform the current financial system, he added, “It would be very, very hard to do at this point, and one of the problems is we do not have the gold — other places have the gold.”

Later on, in an interview with GQ, he additionally opined:

“Bringing back the gold standard would be very hard to do, but boy, would it be wonderful. We’d have a standard on which to base our money.”

The US president has not publicly taken a stance for gold. Nevertheless, his overt hints on the superiority of the yellow metal over fiat seem to guide some of his political decisions.

His latest endorsement of the power of the precious metal is explicit with his nomination of Judy Shelton to the Federal Reserve Board. President Trump also nominated Christopher Waller, the current Federal Reserve Bank of St. Louis vice president and research director.

The president has, in the past, appointed Shelton as the European Bank of Reconstruction and Development’s US executive director, a position from which she resigned in mid-2019.

Trump and Shelton vs. the FED

Both Shelton and Trump are open critics of the Federal Reserve. They together have denounced the FED’s habit of manipulating interest rates, with Shelton saying that the regulator was not omniscient and therefore had no clue as to what the right interest rate should be.

Shelton is an economic advisor to the president and has, in the past, clarified that the US needs to return to the gold standard. The University of Utah Business Administration Ph.D.-holder has also advocated for a new Bretton Woods type of conference that would set the criteria as a peg for the USD.

She has been a long-time proponent of free trade but supported Trump’s trade war with China. The scholar says that just as America took center stage in the 1944 Bretton Woods Conference that brought about an era of enormous economic growth, it is still up to the country to establish a trustworthy and stable monetary rule.

Shelton acknowledged that the US has, for years, enjoyed the luxury of owning and issuing the world’s dominant currency. The US has, however, not done much to guarantee the integrity of the USD. In her Cato Journal dissertation titled The Case for a New International Monetary System, Shelton expounds on this position. She notes that President Nixon, under the advice of his undersecretary for monetary affairs, Paul Volcker, had all the intentions of setting up a new international financial system to address the Bretton Woods flawed system.

Unfortunately, an emerging class of monetarist economists led by Milton Friedman endorsed the floating exchange rate system as a replacement for the fixed-rate system propagated by Bretton Woods. In the absence of the gold convertibility of the fixed-rate system, there was no constraint to enforce balanced budgets.

The lack of an international monetary policy encouraged a no rule mechanism, which allowed every country to establish an exchange system that favored their trade. Shelton adds that this free-for-all, unstable exchange rate mechanism is hardly the free market structure that it is often touted to be.

Market forces are not the key determinants of the current exchange rate system. Governments manipulate it to allow them to build sizeable foreign currency reserves.

In an actual free market system, the twin market forces of demand and supply would determine the currency exchange rates.

Consequently, this ungoverned and open currency exchange structure enables governments to accumulate borrowed fiat and control market forces. Politicians also take advantage of this free-for-all exchange rate system to manipulate their native currency and to give their products an upper hand over their trade competitors.

Shelton supports the trade war with China on this very premise. She has argued, “The currency disorder that reigns today is anathema to any notion of free and fair trade. Nations can blatantly target the exchange rate they desire — in pursuit of strategic objectives.”

One of these objectives is the deliberate manipulation of currencies to maximize a country’s purchasing power – a strategy that Washington has called China out on – and labeled it a “currency manipulator.”

The president’s nominee to the central bank board believes that the absence of a rule-based monetary system will provoke rivalry among powerful nations. The lack of law in the international currency exchange arena could lead to war if left unattended.

The US, according to Shelton, is well-placed to start the building of a trustworthy monetary structure. This move will protect the nation from the unanticipated but dangerous repercussions of owning the currency that is widely used to denominate foreign debt and to structure complex derivatives.

Widespread defaults on these commitments could adversely influence America’s non-bank and bank institutions and constrain lending to domestic borrowers. Shelton says that the FED should find ways that will link money supply to an increase in productive output.

Her calls for sound money principles place gold in the center of her discussions. Gold is not only a globally recognized monetary surrogate but also has intrinsic value. Since the US holds the largest gold reserves globally, it can secure its prominence in the fiscal affairs of the world should the country call for a just, fair, and free international monetary system.

Shelton’s stance on monetary policies has not endeared her to fellow economists who oppose her supply-side economics. Nevertheless, she would bring ideological diversity to the US central bank.

She also signals the growing campaign for a return to the gold standard, an idea that has quickly gained popularity with President Trump’s regime. At least six US states so far have enacted laws that recognize both gold and silver as currency.

Nevertheless, it is difficult to push the gold standard policy to prominence in a low and stable inflation environment. However, trust in central banks and their governments is waning, and gold’s store of value feature is once again shining.

The result is an ongoing gold rally, with predictions of an over $2,000 an ounce price on the horizon. If inflation rises once more, it is a sure bet that gold will go mainstream, especially with a supporter of the precious yellow metal on the FED’s board of governors.

NNN Gold-Backed Token gets listed on P2PB2B exchange on Wednesday, 17th of June