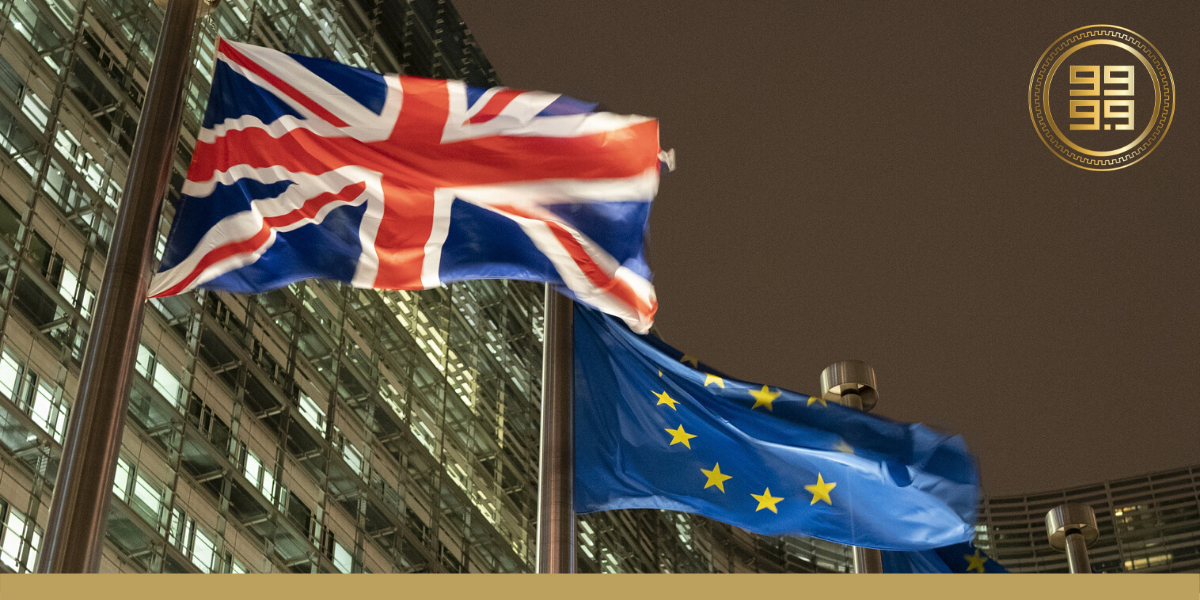 Sylvia Carrasco, the founder, and CEO of Goldex is a gold bug, albeit a modern one. The CEO, investment banker, and entrepreneur is understandably very bullish on gold. The visionary says that while gold has had exemplary performance in 2019, prices will skyrocket in 2020. She predicts a $1,700 price next year should the current Brexit drama persist. She adds that the US-China trade war, the low-interest-rate environment, and a looming recession build the perfect storm for the gold rally.

With her very own all-star cast of business, investment, and technology experts, she has built a novel electronic trading platform for the physical gold market.

The CEO has in employment the former Goldman VP, Florian Miciuand. She also poached Richard Balarkas, the brain behind the successful Credit Suisse electronic trading franchise, amongst other industry specialists.

Carrasco has, in the past, said that the physical gold trading market systems were nothing but awful. She says that Goldex is the electronic jolt needed to disrupt the precious metals’ trading methods.

To that end, large numbers of new investors have joined the gold market, because of the ongoing effect of the Brexit drama on the GBP. Gold, in GBP terms, is trending at an all-time high. Carrasco adds an observation that the GBP is profoundly affected by the no-deal Brexit news. The currency has been collapsing under the weight of these events, and every time it does so, gold’s values rise.

Consequently, the CEO notes that more money is being poured on gold than has been seen before. Goldex data shows a 500 percent rise in new customers and a 71 percent increase in purchased gold.

The GBP is currently at its lowest as hopes of a Brexit drama fade. There just a few weeks left until the Oct 31, 2019 deadline, a factor placing a lot of pressure on UK-based companies. This pressure has forced the GBP to slide to its lowest against both the USD and the Euro.The currency has kept plunging to lower levels since negotiations began to fall apart.

Consequently, the GBP has lost all grounds against most other major currencies in days this week. Angela Merkel’s stand on Northern Ireland has caused further conflict over the deal, and Boris Johnson’s unpredictability has not been good for the Pound too. Carrasco believes that eventually, there will be a deal, but the EU needs more time to produce one.

Effects of the Brexit drama Impasses on the GBPand Gold

It is therefore highly possible that October 17 will come and leave all parties at an impasse. The CEO believes that the October 31 deadline will only birth another new extension. Furthermore, the Benn Act will protect the UK from the no-deal option.  Boris Johnson, who uses the no-deal Brexit threats as leverage, is restrained by act.

The Pound has been volatile since the Brexit referendum. Since 2016, the value of imported goods have soared while the costs of UK exports depreciate. Being a free-floating currency has had its benefits because it acts as a safety valve during bad economic times. Countries like Spain and Greece that had depended on a strong euro could not devalue their currencies post the global financial crisis. They were therefore forced to initiate wage cuts as a safety valve instead.

It is almost impossible to determine what the consequences of such a decision will be on the British economy. If there is a softer Brexit drama, the economy could rally instead. The probability of an extension is, however, high as Carrasco says, so the Pound will stay in the doldrums for a while longer. The British market for gold will, therefore, get bigger, and the values of the metal will keep rising.

Gold is back on the radar as central banks worldwide turn dovish, and countries encounter not just trade but currency wars as well. Central banks are leading the way in gold purchase, buying over 374.1 tonnes in the first six months of 2019.

While there has never been a better time to buy gold, it is really a jungle out there. Sylvia Carrasco says dealers run the traditional gold market cowboy style. It heavily dependent on over-the-counter trading, and it is also very opaque. There are also very few regulations as well as speedier means of access to the asset.

Individual investors, therefore, find themselves locked out of this market. That’s because the trading processes, as well as price discovery methods, are still very much in the Stone Age. To purchase gold traditionally, you should confirm the prices from individual sellers and confirm if there are minimum purchase levels.

You also have to find storage and insurance for your gold. Apart from that, you have to deal with opaque commissions and pricing strategies. Validating the quantity, quality, and ownership of the gold on sale is another significant source of frustration altogether.

To ensure that anyone, anywhere in the world, can buy gold via a simple tap or mouse click, we are turning to the blockchain to find a solution that will indeed disrupt gold trading.

To this end, we are not only going to open 100+ physical gold stores but we have launched a gold-backed token on the NEO blockchain. The first brick and mortar store in Landstraße 1, 4020 Linz, Austria is already in operation.

Moreover, we also provide safe storage and purchase of gold, through the Novem Gold NNN token. NNNs are fully backed by LBMA-certified gold stored in top-notch storage facilities in Liechtenstein.

Novem Gold has also designed the NVM utility token. The ICO is in progress and the proceeds will fund the opening of gold stores across Europe’s biggest cities. The NNN tokens will also be on sale after the regulator’s approval, and if you purchase them, you will own their equivalent in LBMA-certified gold.

Through our secure digital wallets, you can sell, trade, or buy more gold in NNNs from the comfort of your own home. You can also redeem your NNNs for solid gold, too, at your leisure. Tokenized gold via the NNN is not only convenient and easy to buy, but it is also easier to store. Purchasing it through blockchain makes the whole process transparent and immutable, and you do not have to worry about its transportation.

All Novem Gold’s assets are held in the form of a trust by industry experts in Trisuna Lagerhaus OZL in Triesen, Liechtenstein. In the spirit of transparency, we do regular quarterly audits and we have partnered with Grant Thornton to ensure the integrity of the process.