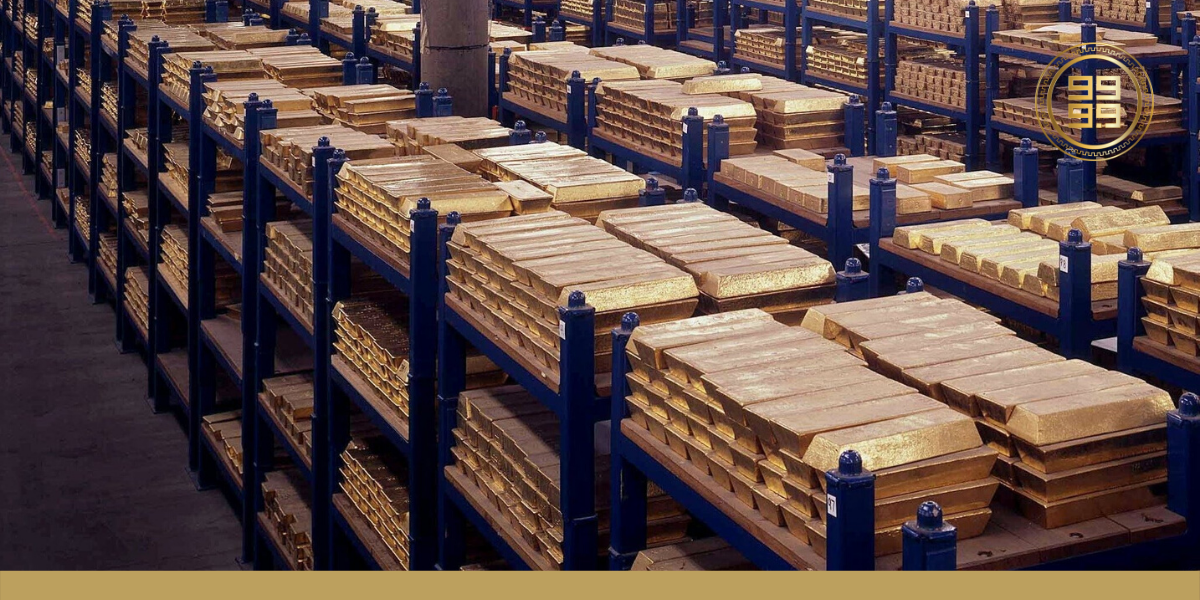 Central Banks around the world are adding to their gold reserves at record levels. In a display of the stability of gold as an asset, developing economies especially, are hedging gold to guard against further slides in their currencies.

The German Central Bank, Deutsche Bundesbank, has given gold an important endorsement. Many analysts believe that Western Central banks have a negative outlook on gold in their reserves. This endorsement is part of a global shift, whereby central banks are increasingly honest about the properties of gold as an asset.

“Ask anyone in Germany what they associate with gold, and more often than not, they will say that it is synonymous with enduring value and economic prosperity. Ask us at the Bundesbank what our gold holdings mean for us, and we will tell you that, first and foremost, they make up a very large share of Germany’s reserve assets … [and they] are a major anchor underpinning confidence in the intrinsic value of the Bundesbank’s balance sheet.”

This statement, while open to interpretation, is a very concise acknowledgment of gold’s status as the most stable among all assets. Prominent investors like Ray Dalio are also actively stockpiling gold.

With American stocks roaring, and the Fed dovish about the economy, why is gold still soaring in popularity? The answer to this question is multi-faceted, but the common thread is gold’s unique ability to store value.

Gold’s Position in the Modern Economy

Since the dawn of human civilization, gold has had credibility as a valuable asset. With the rise in prominence of paper money, in the latter centuries of the last millennia, gold seemed to be losing its shine. Why would anyone need a clumsy, scarce asset when paper money was much more efficient?

This quote applies to the modern monetary structure, as well. As long as humans control the money supply through fractional reserve banking, there are always inherent systemic risks. Extreme versions of this dynamic are the hyperinflation currently evident in failed economies like Venezuela and Zimbabwe.

Therefore, even though gold is scarce and bulky, it has become a reliable safe-haven asset for central banks gold reserves. Through much of the 20th century, however, this was not the case. As the century came to a close, gold was losing popularity.

In what seems like an incredibly foolish decision now, the UK sold about 395 tons of gold over 17 auctions from July 1999 to March 2002, at an average price of about US$275 per ounce. This sell-off was the culmination of an extended gold bear market through the 90s. To date, the then chancellor of the exchequer, Gordon Brown, gets criticism for shorting the British taxpayer billions of dollars.

This decision, despite seeming odd now, made sense to a lot of policy-makers at the time. Central banks did believe that cash was king. Gold was a declining asset for central banks reserves, and it made sense to the UK government to liquidate a significant part of its holdings.

Gold prices went up gradually and exploded at the height of the financial crisis. Since then, prices have consistently remained above $1,000, about five times what the UK made from the sell-off of their bullion.

Central banks are now the ones pushing demand. Emerging economies like China, Kazakhstan, Turkey, and Russia have been massive net gold buyers this decade. In fact, Central banks bought 374.1 tons in the first six months, pushing demand to a three-year high. This spike is mostly because many now see gold as an appreciating asset, especially in the long-term.

These economies have an extra incentive to purchase gold. With the general slowdown in global growth, developing economies are looking for ways to shore up their currencies. Additionally, the fact that the trade war between China and the USA slowed trade means that some currencies are faltering. Russia is, obviously, still dealing with sanctions from its 2014 annexation of Crimea.

Gold is a guarantee of stability amidst all this turmoil. Even though trade tensions have waned, the global economy is not entirely out of the woods. The economic fallout from Brexit is still a distinct possibility. The precious metal has proven itself time and again to be a reliable store of value. Billionaire hedge fund manager Paul Singer said this about Gold:

“If you want an alternative currency, check out gold. It has stood the test of thousands of years as a store of value and medium of exchange.”

Ultimately, what high-profile investors and central banks look for is a guarantee of stability and safety. If investing in stock markets is a boat in high waters, gold is the anchor that holds the boat steady in rough seas.

From the start of public gold trading in 1971, it remains a reliable asset to invest. Geopolitical Trade tensions explain much of gold’s luster in 2019 but don’t paint the entire picture. Many equity markets are volatile. Moreover, the historic low-interest rates in many developed economies weaken faith in fiat. The quantitative easing that was supposed to last only a short while after the last financial crisis likely goes well into the next decade.

Currencies like the Turkish Lira have slid considerably in the past few years. Growth in the Eurozone is below half a percentage point. In general, the global economy still has many problems it has to rid itself.

It is no surprise that many see the appeal of gold with these prevailing conditions. Gold has proven its resilience over time. For instance, during the 1987 sharemarket crash and later the global financial crisis (GFC), gold prices were not affected by the slump in stock markets. In 1987, gold went up 6% while the S&P 500 went down by 33 percent.

Why You Should Get Into Gold Trading and Investing

From the aforementioned, even central banks now recognize the position of gold as an asset. The era of gold is very much on the ascendance. Even without the positive media coverage that stocks and bonds enjoy, gold is holding steady.

A bar of gold always retains value. Whether there is a financial crisis or not, its status will still endure. This way, such an investment provides insulation against shocks in the wider economy. Moreover, gold prices go up when there is uncertainty.

Despite the cooling of trade tensions, most of the geopolitical issues that contributed to the rise in gold prices this year remain unsolved. Even with the Federal Reserve dovish, some investors are understandably worried about the world economy.

Indeed, stocks are currently performing very well in the American market. Any prudent investor knows of the importance of portfolio diversification. With interest rates lingering at historic lows, bonds are not a very attractive tool for portfolio diversification. The reason is that low-interest rates mean low bond yields. Gold makes more sense because it has had a sustained bull run.

For those in economies like Germany, manufacturing is already in recession. Gold is attractive as a means of storing value amidst all the uncertainty. Similarly, those in countries with depreciating currencies should hedge using gold.

Why is Gold a Hedge Option?

Those are just a few reasons to get into the gold market. One thing common to them all is that investments tied to cash carry a great deal of risk. Gold provides a way to hedge against this risk and store value. In summary, gold is like a perfect piggy-bank; it provides an anchor to the financial system. In case of collapse, you can use your gold stock as a foundation to build back up.

The time to get into the gold market has to be now. In the grand scheme of things, the stars are aligning for an extended gold bull run. At the bare minimum, you have a stable safe-haven asset to hedge your investments.

Gold: Apart from Its Use as a Currency, What Else Can It Do?