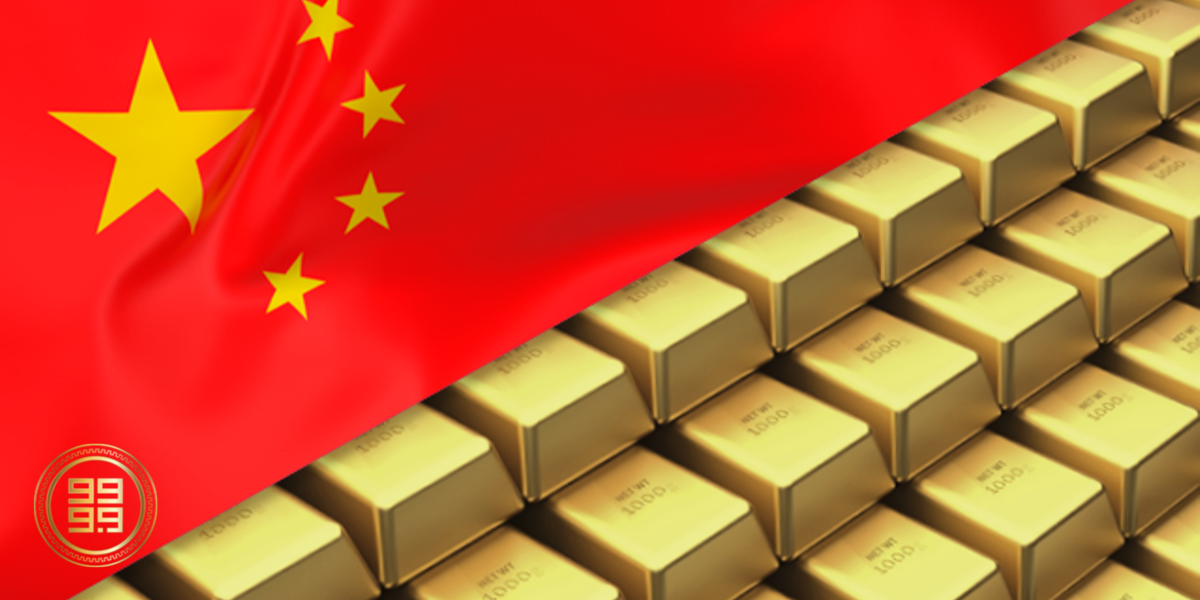 China’s growing influence in the gold market increased during the past decade. The East Asian nation has undergone a phenomenal change since its opening up and consequent reform agenda of the late 70s.

According to the Elcano Global Presence Index, China’s growing influence has made it the second most powerful economy only behind the US.  The classification system recognizes countries’, activity, and visibility on the international stage. In 1990, China ranked 11th on the Elcano global list. Since then, the nation has continuously increased its visibility score. Opposite to China, countries across Europe, including Germany and the UK, have let their global influence stagnate.

Chinese ambition to economically prosper began with the launch of its Open-Door policy that saw the country become an active player in the world’s largest institutions. China’s growing influence is evident in the World Bank and the United Nations. The nation has made beneficial bilateral relations with most countries across the world, building the One Belt One Road, a modern-day version of the ancient Silk Road.

China’s growing influence on the gold market has almost been obscured by its louder global economic and infrastructural strides. Quietly, the Red Dragon has become a dominant player in the world’s gold market. Indeed, as the market for the yellow metal shifts from the West towards the East, China has put measures in place that have seen it take control of the trade. The nation’s love for gold is only rivaled by that of its Asian counterpart, India. The East Asian country, however, is not only a large consumer of gold but is also the world’s biggest producer of the precious metal.

gold reserves as of May 2018, were at 1.842 tons. It has placed China sixth on the list of countries with the largest reserves of gold. There is, nevertheless, speculation that the country has more gold in its reserves than it lets on. After years of secrecy about its official gold holdings, China in 2009 announced that had 1,054 tons in reserves. In 2015, the People’s Bank of China said that they had increased their reserves by 60 percent, to 1,658 tonnes.

Move Away from the USD

Since the 2008 economic crunch, the PBoC has been stocking up gold at a rather staggering pace. The implications of this action are considerable. In 2007, China took South Africa’s position as the world’s leading producer of gold. In 2018, it, for instance, mined 402.1 tonnes of gold. At least 15 percent of all gold produced globally comes from China.

Most of the gold mined in China, nevertheless, stays in China. The country hardly exports any gold at all. Despite keeping all of the precious metal it extracts to itself, China has also ramped up its gold imports. In 2018, for instance, China was the second-largest importer of gold after Switzerland, shipping in gold worth $45.8 billion, 15.9 percent of the world’s totals.

So why is the country so seemingly preoccupied with gold? Analysts say that the economic giant is diversifying its reserves away from the USD. China has over time accumulated the world’s largest foreign exchange reserves in USD, totaling over $3 trillion, due to its rapid economic expansion.

As per official statistics, China’s gold reserves up for a paltry 1.6 percent of its full foreign exchange holdings. However, since there have been extended periods where China made no mention of its gold holdings, it is possible that the few official declarations made were simple transparency gestures.

The nation has also gunned for the inclusion of its currency in the IMF’s Special Drawing Rights (SDR) currency and achieved it. China has also sought an official endorsement by the IMF that recognizes the renminbi as an official reserve currency.

China’s Growing Influence with Yuan Set Up for Global Domination

To keep up, China must keep buying more gold to boost its bullion. If the People’s Bank of China ever accumulates enough gold to challenge the status of the US dollar, it will need to announce this large amount to the world. The type of announcement will turbocharge the price of the precious metal.

China has consequently set up its Yuan to achieve the same status as the USD or the Euro. Towards that goal, the country must amass enough bullion reserves to take on countries with large amounts of the precious metal in their vaults. The US, for instance, holds 8,133.5 tons of gold.

Currently, Russia and China are the two countries that have been stocking up on gold. It is therefore highly possible that China is not the only country planning to disengage its economy from the influence of the USD. Similarly, central banks across the world are ramping up their gold purchases and cutting down on their USD holdings.

China has already launched oil futures contracts denominated by the yuan. The country now has amassed so much influence over the gold market, that the CME Group has launched two new gold futures contracts in collaboration with the Shanghai Gold Exchange. These products are going to enhance Chinese gold markets by bringing in more market participants.

This increased Russia and China’s gold reserves, and other central banks contributed significantly to the ongoing gold rally.

If China is planning to give the USD a run for its money, it will keep buying as much gold as it can. The gold rally, therefore, could be just beginning. If you are a retail investor interested in an easy gold purchase process, Novem Gold has you covered.

Novem Gold is a precious metals and gems business leader based in Vaduz, Liechtenstein. The gold business experts have designed a flexible and accessible process to own LBMA-certified physical gold. It is done via NEO blockchain in NNN tokens. Now any retail or institutional investors worldwide can purchase gold, and store it safely in Novem Gold’s storage facilities.

The gold business leader has released the NVM and NNN tokens on the NEO blockchain. NVM token sales will facilitate the business to set up 100 Novem Gold stores across Europe to enhance access. The NNN token, on the other hand, will remove the existing barriers in the traditional gold trade. Through NNN all gold sales hindrances such as insurance, secure storage, and transportation will be a thing of the past.

Is there Any Currency in 2019 That Is Backed by Gold?

What Will Happen If China Keeps Raising Its Gold Reserve?