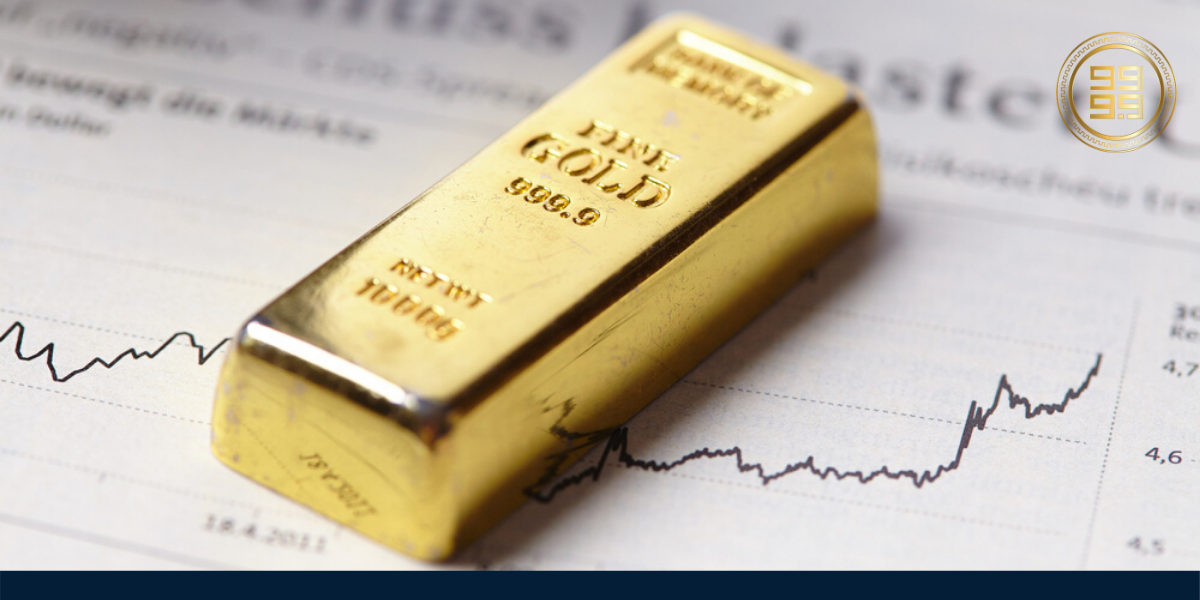 The remarkable gold rally of 2019 seemed to hit the ceiling in the last few months of the year. With stock markets in the US returning to bull territory and geopolitical trade tensions appearing to cool off, many predicted that gold price gains would wear off. Interestingly, gold has held its ground. Still, the correlation between gold and the stock market is a fascinating dynamic.

Concerns over an all-out trade war stirred stock markets at different points this year. This factor was a vital player in gold prices rallying as it undermined global trade. President Trump indicated that his administration was negotiating a trade deal to have a new trading regime between the world’s largest economies.

Measures like the rolling back of punitive tariffs suggest that the two governments intended to come to an amicable resolution. Investors flocked to gold in order to hedge against negative trading in other asset classes, as a consequence of the trade tensions.

China and the US agreed to a rollback of tariffs if they agreed to a deal. If phase 1 of the trade deal gets signed in time, it will include the cancellation of ‘’list 4B’’ tariffs.  List 4B is set to take effect on December 15, imposing 15% tariffs on about $156 billion of Chinese products such as cell phones, laptop computers, toys, and clothing. The fate of these tariffs will come into consideration for the final negotiation of the deal’s text.  Previously, the US had decided not to proceed with a different tariff regime on October 15th.

This relief was enough to send the stock markets into bull territory after a rough outing in August. However, stock markets are still anxious about whether the trade deal will actually go through, as is evident from falling bond yields in recent days. This concern is about whether the Trump administration will eventually agree to a rollback of tariffs as part of the trade deal.

Furthermore, a vote by American legislators for a resolution supporting Hong Kong protestors adds to the complicated equation. Therefore, this is still a developing situation with nothing cast in stone.

Gold Correlation with the Stock Market

Gold has the unique ability to derive intrinsic value from its scarcity, and consensus value, rather than being an asset whose value depends on other assets.  This uniqueness makes gold a very attractive asset class.

Gold ETFs have price movements that are independent of most other assets listed on a stock index. In general, the correlation between gold and the stock market, and other equities is very low. As such, experienced investors add gold to their portfolio to provide useful diversification. In times of a stock market downturn, gold exhibits little correlation with adverse conditions.

Sometimes you may notice a slight positive or negative correlation. However, general insulation is what makes gold a lucrative asset to hedge against bad returns from other asset classes.

Traditionally, investors used investments in government bonds to diversify their portfolios. Stocks can have higher returns than bonds but come with higher risks than bonds. Bonds have the reputation of being a safe bet because of the lower risk and guaranteed returns.

Investors in bonds receive a dividend/interest, which is not the case for gold bullion. This return is why portfolio managers have always used bonds to diversify their portfolios. Just like stocks, the correlation between the performances of bonds to gold is low.

Gold’s Edge in a Negative Market

Having an investment portfolio that consists of stocks and bonds can be very rewarding in a favorable market.  However, in a negative market, the importance of gold to your portfolio increases considerably.

An outright economic crisis such as the 2008 financial meltdown is a prime example of a doomsday scenario for stocks. To illustrate, the stock price of a leading Wall Street bank, Bear Stearns, fell from about $50 to $2 in just a week of trading. In general, the financial crisis was a boom for gold as prices went toward the $2,000 level by 2011.

Bonds don’t exhibit such wild swings.  However, in such a low-interest rate regime like the ones most leading economies have now, the return from bonds diminishes greatly.

With the US Federal Reserve indicating that it is willing to lower rates again to sustain growth, the era of near-zero interest rates seems like it will last for a while. Bond yields are, therefore, going to be considerably lower for the time being than in past periods.

Even in a rallying market, having bonds as an instrument of portfolio diversity is no longer very appealing.  The low-interest regime is making more investors look at gold because it is one asset class that has had high returns this year.

In certain ways, gold has an opposite correlation to stock markets. However, several other factors play into gold prices over and above investor confidence. Demand has been up consistently due to the appetite of central banks, including some in emerging economies, to stock up gold.

Gold, therefore, has a very secure status as a safe-haven investment. With little correlation to shocks in stocks and dormancy in bonds, it is an increasingly sensible asset to diversify your portfolio.

When you look at the big picture, gold does well when stock markets are turbulent. Similarly, gold offers a reliable alternative when other traditionally safe asset classes are underperforming. This reliability is why gold ETFs saw a $1.9 billion net inflow of investor money in October after the turbulence of August and September.

Similarly, jewelry purchases in emerging markets are holding up pretty well. The growth slowdown in emerging economies like Turkey currently has underperforming currencies. In the previous decade, countries like China and Turkey seemed to be on a roll for the long-term. However, the past few years have seen such economies slow considerably. With fiat investments no longer as secure as they used to be, investors in such economies look to gold as a safe haven. These factors coalesce to stabilize gold prices at a relatively high mark. Accordingly, gold prices have held up despite the recent market rally.

Investors Will Pour Capital to Gold

Gold improves the risk-adjusted return in such a turbulent trading scene. With a 14% year-to-date appreciation, it is a very secure asset to invest. Tokenized gold digitally is a new convenience that eases investors’ entry into gold trading.

More investors will continue increasing the percentage of gold holdings in their portfolios. With some geopolitical tensions like Brexit still lingering, the world’s economy is not out of the woods just yet. The fact that gold prices remain around the $1,450 mark with this crisis postponed shows what could happen if a hard Brexit happens.

The adverse interest rate climate globally will continue to dampen optimism in fiat investments. Emerging markets have a significant effect on gold prices, and with many currencies around the world in shambles, gold is still well-positioned to absorb a strong US economy. Therefore, a stable American market will not affect gold prices negatively. However, in the scenario that trade tensions linger, the fed cuts interest rates further, gold will really have the wind in its sails for 2020.

There has never been a better time to own gold. Gold seems to be on the cusp of a decent price hold at the very least, and a price increase toward the $2,000 mark if geopolitical tensions or negative rates continue to manifest.

NNN token to be listed on the Nash Exchange on Friday, 3 July 2020

Is Blockchain a Threat to Bureaucracy?