Digitize Gold: The USA Gold Reserve is 4.3X That of China and 26X of the UK’s 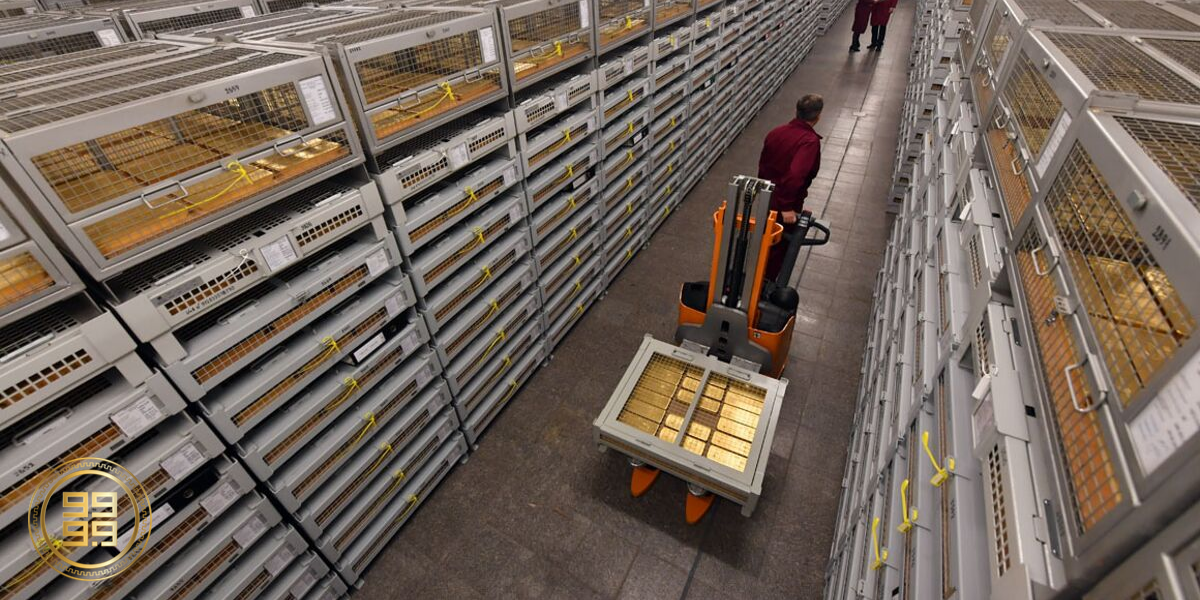 In a Financial Times article, John takes a swipe at the US’s propensity for creating global nervousness. This high-strung environment has directed nervous money to enrich the USA gold reserve despite the White House’s hand in the disputes. The investment commentator quotes Valéry Giscard d’Estaing’s 1960 quip that the US enjoyed an “exorbitant privilege.”

The privilege in question arises from the US dollar’s world reserve currency status. With President Donald Trump’s reign, this privilege has morphed into the “highest level of special privilege,” says Authers. The controversial head of state has traversed nations, using his nation’s power as a political wrecking ball.

The US Enjoys Exorbitant Privilege

Many have felt that the president was getting away with far too much. Fueled by his nation’s military might and d’Estaing’s exorbitant privilege, the US president’s colossal ego is palpable. The streams of investments that have flowed into the nation’s coffers in times of turbulence have allowed him to enjoy the creation of chaos.

It is this same privilege the investment says, led to a downgrading of the US sovereign debt from a triple-A status in 2011. This rating done by agency, Standard & Poor, has harmed the economies of other nations. Since that controversial debt status, the global financial system based on Treasury bonds has channeled in more money into the USA gold reserve.

As a result, bonds in the North American country have fallen while its stock market has risen. The country has enjoyed unrivaled prosperity since then, as other emerging economies languished in the doldrums. China has been on the receiving end of the consequences of the US advantage since Trump’s America First policy kicked off.

Is the USD Powerful?

The US has slapped trade tariffs on Chinese imports, and banned some of the East Asian nation’s communication technology exports in a bid to win the US vs. China trade war. The political and economic instability the States is creating has fueled its markets as investments flee to safety and quality.  The US economy has, as a result, outpaced that of its peers, and president Trump has basked in the glory of his economic diadem; a healthy US stock market.

The expensive USD, nevertheless, have hurt the nation’s exports as President Trump repeatedly states. The economy has strengthened, pushing the value of the dollar higher. The life of the US-based exporter has, in turn, become less fruitful. Consequently, Donald Trump has slowly become flummoxed over his nation’s currency strength.

While he has enjoyed the aesthetics of a stable national currency, he is torn apart by the implications of this prosperity to the American trade agenda. He, for instance, has at one time boasted about money pouring into his cherished USD. He has nevertheless also complained that this strength places his nation at a disadvantage. Besides making US exports less competitive, the sanctions he keeps imposing on other countries also have less of a sting.

The USD’s Massive Hold over the Global Economy

The USD is critical to global trade, acting as a reserve currency and dominant in oil trading. At least 90 percent of all currency trades revolve around it. The American currency accumulates over $4.4 trillion worth of business daily. Central banks all around the world hold at least 60 percent of their currency reserves in USD form.

This implies that any actions by the Fed on the dollar will affect borrowers in the emerging world. It also makes the Fed policy more powerful globally than it should be. Economies that have liabilities denominated in dollars are now at the risk of a financial crisis. Valéry Giscard d’Estaing’s privilege has indeed become exorbitant.

China in 2009 foresaw this looming threat and proposed an international reserve currency controlled by the International Monetary Fund.  The then Chinese central bank’s governor Zhou Xiaochuan posted an essay on the bank’s website urging the world to disconnect from a currency run by a credit-based nation. China, one of the largest holders of USD financial assets, has been wary of the repercussions of the post-recession measures taken to revive the US economy.

China and the UN Urges a Break Away From the USD

The People’s Bank of China governor foresaw that the US could potentially cause inflation as the Fed printed more money, to cope. The effects of such a decision would spill over to the international monetary system. In 2010, the United Nations also made a report suggesting that world leaders should abandon the US dollar usage as the dominant global reserve currency. The UN stated that it could no longer safeguard the currency’s value.

Russia and China supported the stand of the United Nations. Unfortunately, officials from Europe attending the UN Economic and Social Council countered the UN’s position. They said that the market and not politicians determined the use of the USD. The UN then had proposed that the dollar should be replaced with the IMF’s special drawing rights (SDRs).

Mark Carney’s recent public outcry at the dollar’s “destabilizing” role in global economics is a sign that European financial leaders have had it with the dollar. The Bank of England’s Governor, in a global central banker’s meeting at Jackson Hole, Wyoming said that central banks need to design a US dollar replacement currency.

The USA gold reserve is the largest

Central banks nevertheless have been preparing for the day the inflated value of the dollar crashes. They have been buying gold in droves since 2010, turning from their status as net gold sellers to net gold buyers. The US central bank surprisingly leads the top ten list of central banks with the largest USA gold reserve. The Fed holds over 8,000 tons of gold in its vaults. We may see that the USA gold reserve is at least three times more than what the next three nations on that top ten list combined hold.

This could be a sign that the US central bank has very little confidence in the value of its currency. Gold is a safe haven asset for central banks as the level of debt worldwide escalates to unmanageable levels. The World Gold Council’s 2019 Q2 report states that central banks have bought a whopping 224.4 tons of gold.

Individuals are also purchasing gold at an unprecedented level. This demand for gold has set it on a rally that has pushed its price to above the $1,500 mark. The precious metal is trading at a six-year high. There are signs that the US-China trade war is not about to cool down. It is therefore highly probable that the Fed will further lower its interest rates.

The gold rally has consequently just begun. If you have not diversified your investment portfolio to include this safe-haven asset, it is time to join the gold movement.

The purchase and storage of gold has traditionally been a challenge. There are, for instance, significant hindrances to the investor, when it comes to the validation of the quality, quantity, and the ownership of gold.

Novem Gold, rallying cry is to “change how gold is bought, sold, and stored throughout the world.” Founded by experts in the precious metals and gemstones industry, the company based in Liechtenstein, has designed a unique and flexible way for your gold investment access.

The company has for sale a utility token, NVM that users can buy in the ongoing Novem Gold ICO. Besides, through their first of the over 100 stores scheduled, there is an opportunity for gold owners to tokenize their gold via NNN tokens backed by physical gold. Both tokens will launch from the NEO blockchain.

This unique method of purchasing the precious yellow metal will disrupt the traditional gold trade market. You can now buy gold from any location in the world, and keep it safe with Novem Gold.

What factors affect the price of gold in India?

NNN Gold-Backed Token gets listed on P2PB2B exchange on Wednesday, 17th of June