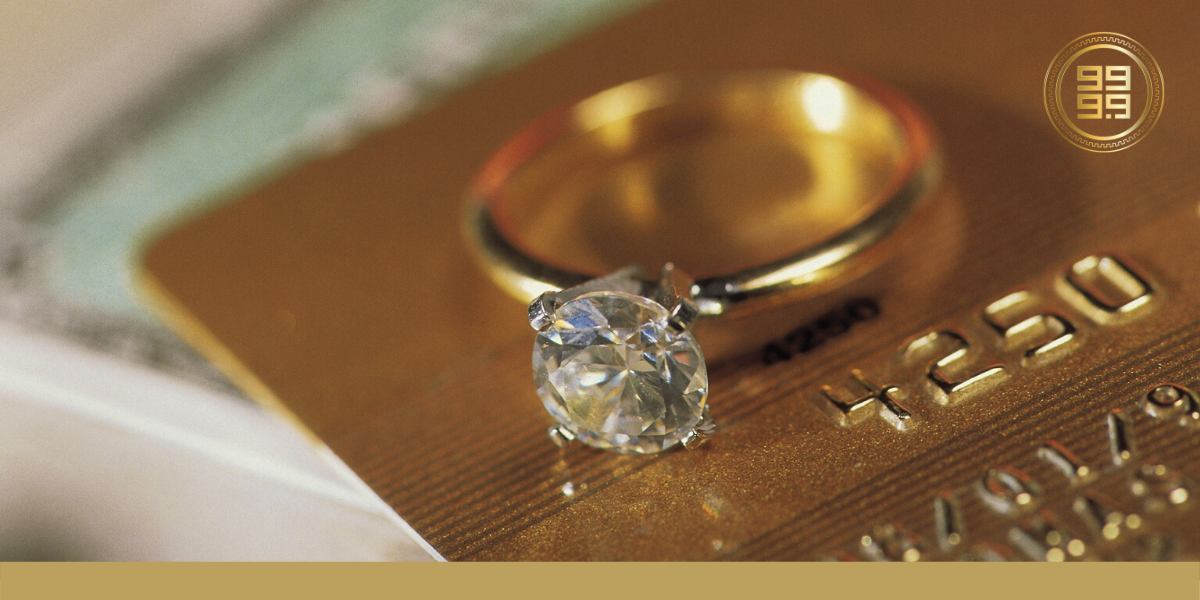 The UK retailers warn people about fake gold jewelry. A study of British online gold trade shows that about a third of gold sold by online traders in the UK could be fake.

The remarkable finding came from an online sweep by the British Hallmarking Council on the state of the market. Approximately 36% of gold jewelry listings online were not advertised as “hallmarked.” The hallmark is a legal requirement for selling a certain weight of precious metals like gold and silver in the UK.

At the moment, 6,377 are selling gold without a hallmark. This number means that consumers have a reason for concern about the authenticity of the precious metals from these retailers as they can buy fake gold jewelry. Regulations that mandate the hallmark don’t apply to listings among online retailers.

Shopping jewelry is an activity many people across the UK do on a regular basis. This process should bring joy and satisfaction but can lead to misery. Getting scammed by dealers is an all too common occurrence in this market. The sheer value of precious metals like gold makes them a magnet for all kinds of fraudsters. Imagine buying a $500 gold ring, and then it later turns out to be worth only $10! Odds are you’d be furious.

However, many people don’t even get to realize that they are purchasing fake gold jewelry. Scammers are elaborate as ever in their maneuvers, and it is consumers who take the toll.

This survey projects that around 150,000 items of fake gold jewelry could be listed for sale in the UK annually. Internet giants and regulators have been slow to enforce existing UK regulations.

The proliferation of non-compliant traders online is a significant problem. British Hallmarking Council chairman Noel Hunter had this to say:

The UK Hallmarking Act (1973) was put in place to protect consumers and retail jewelers from counterfeits, but the application of the legislation to online trading activity remains untested. And we have seen little appetite from the internet giants to step up enforcement or adequately protect consumers.

The British Hallmarking Council aims to boost government involvement in increasing hallmarking awareness. Such effort calls for the involvement of online giants like Amazon and eBay. eBay is, notably, problematic because eBay sellers alone accounted for 56 percent of all suspect items of fake gold jewelry on sale online. Campaigns to sensitize people on hallmarking is a way to try and isolate fake gold sellers.

Still, it is difficult to rely on such efforts to change the existing trends. Furthermore, enforcement is one thing; the effectiveness of such a drive is another. Going by the nature of any market, buyers try and go for the lowest price possible while scammers exploit this greed to exploit them.

As the saying goes, if it’s too good to be true, it probably isn’t. Ridiculously low prices for precious metals are most likely indicative of fake items. Buyers certainly have to do their homework before making trades with random dealers. It will take a while before the online market is genuinely safe from such entities.

Fake Gold in The Global Market

Gold is on a solid bull run through 2019. At the moment, gold prices are about $ 1,485.09.  This rate represents a 15% price increase for the year. Prices could even go higher before the year ends. It is an excellent time for gold investors, but the trade is just as lucrative for fraudsters.

The British Hallmarking Council focuses mainly on the UK market. This report is not to mean that this market is worse off than most other developed countries.

Just in August, Reuters wrote a bombshell report on fake-branded gold bars seeping into international trade. The widespread scheme aims to launder smuggled or illegal gold across the world. Gold branding is an integral part of the gold market.

Executives and refiner are worried about the proliferation of fake gold that bears the fake stamps of Swiss Refinery logos, for example. These fake bars have ended up far and wide, including the vaults of JPMorgan Chase & Co., one of the major banks at the heart of the market in bullion.

How to Detect Fake Gold?

Fake gold bars can be in the form of cheaper metal with gold plating. This practice is a common occurrence in the market and easy to detect. Fake-branded gold is more difficult to detect. It is a real gold bar that has fake markings. Such gold provides a way to get around rules that block conflict minerals and prevent money-laundering. Conflict minerals are a problem because illegal mining at times relies on child labor. A gold investor, even at the institutional level can facilitate such vices unwittingly with fake branding.

Besides, high gold prices are a catalyst for all kinds of fraudulent activity. Fake-branded gold only needs a conduit dealer or legitimate trading house to enter into the market. Such activity can be a problem for the gold market in general. Dumping of illegal gold can be bad for prices, especially when it happens in large amounts.

Amidst a slowdown in global growth, investors are looking to diversify their portfolios. Even American investors, who have a strong economy, still are hedging on gold because of uncertainty over the China-US trade war. Other events that cause economic uncertainty across the world are Brexit and the Hong Kong protests.

In times of economic uncertainty, investors flock to gold and other “safe-haven assets.” The fact that gold has a parallel value system from stocks allows it to appreciate separately. With Millenia to build on its reputation, gold has an unquestionable position among stable assets.

The Need for Proper Verification

Given the scale of the problem, the gold market is ripe for a way to efficiently verify gold. Purchasing gold from online retailers and street dealers continue to be a risky affair. UK buyers can have the luxury of checking for the “hallmark.” So, if you are looking to invest in the precious metal across the world, it is not as simple.

Gold prices are on course to remain high for the foreseeable future. This market provides fraudsters the incentive they need to increase their activities. As authorities improve their enforcement, fake dealers also get more sophisticated. For such a lucrative market, the urge to rip unsuspecting investors is too much for some to resist. Instead of waiting upon regulators and online marketplaces to get to work, it is better to equip yourself as the consumer.

Digitizing your gold holdings is an excellent way to escape the rampant forgery that has hit the international gold trade. Besides, you get to pass the inconvenience of handling bulky gold. Dealing with street and online traders is a risky affair. Novem Gold deploys blockchain technology to create a transparent and fast platform for international gold trade. This new form of gold trading represents the future of gold trading and storage.

Visit the brand new Novem Gold brick and mortar store today and digitize your gold! Our first store is in Landstraße 1, 4020 Linz, Austria. This store is just the first among over a hundred stores that will be open to allow investors across major cities in Europe for efficient, fraud-free digital gold trading.

As a result, you can rely on our team, led by experts in international precious metals trade to handle your gold appropriately. In an effort to bolster transparency, Novem Gold conducts quarterly external audits to ensure that our stipulated ratio of 100 NNN tokens for every gram of gold we have in our custody is intact. Therefore, we store physical gold at our secure vaults in Liechtenstein. Grant Thornton, a reputed international auditor, performs the audit process to confirm the integrity of the tokenization process. Read the first report for Q3 2019 here.

At the moment, you have a once in a lifetime opportunity to get into this unique gold market. Novem Gold’s ICO is ongoing, and it offers a direct channel to participate in digital gold trade. Buy NVM tokens today and have liftoff in this unique trading journey!

In general, Participating in ICO is straightforward. So, you only need a NEO Wallet Address to fund the purchase of NVM. An investor can use EUR, SFR, BTC, ETH, NEO, and GAS for payments. Thus, Novem Gold takes token balance seriously.