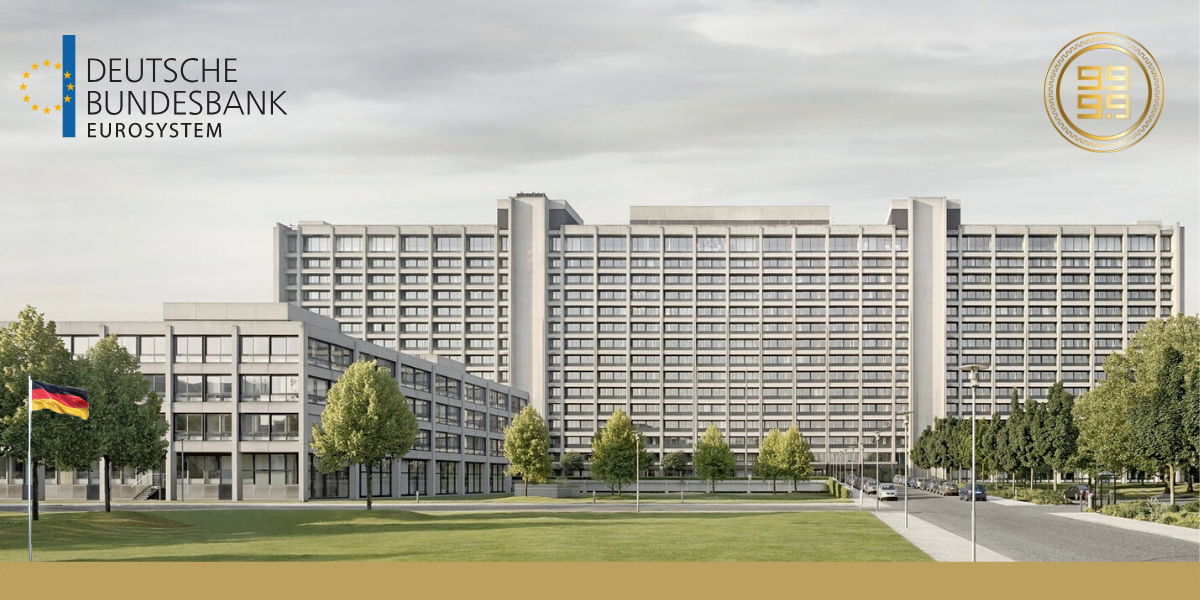 Bundesbank In 2018, the country that plays host to the European Central Bank had a budget surplus of €58 billion. This amount is the largest surplus recorded since its 1989 reunification. The revenues collected at all government levels came up to €1,543.6 billion, effectively offsetting its €1,485.6 billion budget. This excess makes up for at least 1.7 percent of the GDP of the most robust economy in Europe. As a result, Berlin has achieved its fifth consecutive budget surplus year since 2014. Nowadays, for the first time in over two decades, Germany’s Bundesbank Buys Gold.

There has, however, been a huge outcry all over Europe over Berlin’s fixation on budget surpluses. Critics have declared the country’s practice as both selfish and uncouth for such a significant economic player. Indeed, in many quarters, Germany has been described as suffering from a ‘small country mentality’.

As an illustration, the Netherlands, Germany’s closest ally in Europe, has asked Berlin to behave like the colossal economy that it is. Wopke Hoekstra, the Dutch finance minister, citing the Euro zone’s stuck economic engine told Germany not to act like Switzerland by staying on the European Union’s financial stability policy sidelines. In his May 2019 speech at the Humboldt University in Berlin, Hoekstra added that it was impossible for Germany to ignore the economic health of the EU and “live happily ever after”.

His thoughts have been more recently echoed by Christine Lagarde, the incoming European Central Bank president. She has asked European countries with significant budgets surpluses to direct more cash into investments and stimulate economic growth. Lagarde singled out Germany and the Netherlands as EU players that could contribute significantly to the re-ignition of the bloc’s economic growth. She effectively blamed Germany for not making much contribution when it is in their power to do so.

Germany is regarded as the natural economic leader of the Eurozone. It has, however for years been preoccupied with its policies and remained indifferent to the effects of those policies on the rest of Europe. Its budget surplus, for instance, may promote low prices and wages domestically and make its exports overly competitive in the international market. This policy has made the most robust economy in Europe, primarily export-driven. Its policies though productive domestically, have pushed the Euro’s value through the roof, making its neighbor’s exports less competitive. Countries that lie, especially in the South, would have to use a cheaper Euro to compete with Germany’s exports.

Berlin has consequently been asked to stimulate domestic demand instead so it can import more from its EU neighbors. This would drastically reduce its beggar-thy-neighbor effect of its economic policies on them.

Unfortunately, this paradigm shift seems to be an impossibility for the risk-averse German government. Germany adjusts its growth model to its budget policy. The country would need to increase government spending or cut taxes. Economic historians know that this is a big ask for the country entirely averse to debt and inflation.

Why Is Germany So Averse to Debt?

Events of the 20th century have shaped Germany’s even keel macroeconomics preference. This aspect of the nation’s collective psyche has helped fuel a rise in domestic prosperity for 65 years, thanks to price and economic stability. It is not an overstatement when economists note that Germans are continually worrying over inflation.

Data shows that the ordinary German is more afraid of inflation than natural disasters or terrorism. This fear is believed to be a reaction to Germany’s dark Weimar Republic hyperinflation days. The years of instability from 1914 to 1948, brought suffering to the country’s populace.

As an illustration, besides having to cope with flattened out cities at the end of the Second World War, the inflation made over one-third of its people jobless. Its middle class twice lost all their savings in the first half of the 20th century, thanks to mindless printing of money by a capital hungry government.

At the height of the hyperinflation era, its currency to USD exchange rose from a low of 4.2 to a mark in 1914, to 4.2 trillion marks to the USD in late 1923. The prices of goods rose so fast that menu prices in restaurants had to be revised every half hour.

Germans also blame these periods of inflation as a cause of the rise of the Nazi movement in the 30s. It is in this era that Hitler set out to “make life cheaper” by nationalizing predominantly Jewish-owned businesses. Academics hypothesize that it is the depression caused by the reactionary currency deflation after the 1923 hyperinflation is to blame. The hyperinflation destabilized the country’s politics, weakening its institutions, sparking toxic Nazism. It is during this era that Hitler amassed popularity by promising to stabilize prices and end unemployment.

A Country of Savers

Young Germans today are more aware of the effects of inflation than their counter parts in France, Italy, or the US. They are taught of their history from a young age, growing a nation of savers. Germany has an over 10% annual savings rate, and its culture generally encourages frugalness. This fear of debt and loss of savings has made the German gold market flourish.

According to a study by the Reisebank, the nation’s adults own over 8918 tons of gold collectively. The research further shows that over 4925 tons of this gold is stored as gold coins or bars. Another 3993 tons is in jewelry form. Germany has a population of 69 million adults, and a substantial 38% of them own physical gold. Another 14.5% is trading in gold ETFs and other unitized gold products.

The view of gold as a safe haven asset is shared too by the Bundesbank. The German central bank owns over 3,370 tons of gold reserves, the second largest after the US. Gold, as a hedge and wealth preserver, has seen Germans invest more than they do in the stock market. According to a Deutsche Aktieninstitut (DAI) study, 10.3 million Germans hold company stocks and equity funds compared to the 26 million that invest in gold.

Unlike its counterparts in Britain and Switzerland, the Bundesbank has not sold a single bar of gold for the last two decades. In contrast, many central banks in the 90s went on a gold-selling spree when the metal was at a record value low. Germany’s connection to its gold reserves is such a predominant feature of its economic policies, such that Berlin recalled over 700 tons of the precious metal in Paris and New York vaults.

Bundesbank had said that at least half of its reserves would be saved in its vaults by 2020. Surprisingly, the well-planned move was speeded up and wound up three years earlier than stated. The country has been a focal point of the world’s major wars, had moved its gold holdings to other countries to protect it from a feared Russian invasion.

Now for the first time in over two decades, Germany’s Bundesbank Buys Gold: 108.34 million ounces of gold into its massive reserves. This is in response to a growing financial crisis, which is encouraging the German central bank’s increased focus on its gold holdings. Germany, however, is not the only country whose central bank is purchasing gold in unprecedented amounts. There is an ongoing ‘gold fever’ with Turkey and Russia, for instance, buying more gold in the third quarter of 2019 than any other central bank.

It has become clear that the crash of the USD is around the corner, and these economic policy enforcers are getting themselves ready for this event. In contrast to most other countries, the Bundesbank sorely sets and controls its economic policy, interference-free. It is, therefore, essential to pay attention to its moves. While critics in the past viewed Germany’s warnings over oncoming inflation akin to those of the boy who cried wolf, these predictions are slowly taking shape in the US. Loose monetary policies have caused high prices of goods and are gradually creating a financial market crash. It is feared that the rise in inflation will force central banks to increase their interest rates faster.

If you wish to buy the way Germany’s Bundesbank Buys Gold, Novem Gold is here to help. Novem has designed a flexible and easily accessible gold purchase process. Our NVM and NNN tokens created on the NEO blockchain are disrupting the traditional gold industry, easing many of the encumbrances that investors face when buying gold over the counter. With us, you will not need to worry about the quantity, quality, or ownership status of your gold purchases. The NNN token is 100% backed by LBMA certified gold and is fully redeemable on demand. We carry out regular audits in partnership with Grant Thornton, and you can access these reports on our website.

To buy tokens, visit Novem Gold. The funds raised from the NVM sales will help fund over 100 Novem Gold stores across Europe. These stores will help investors to bring in more gold to the Novem ecosystem. Our first store is already open at Landstraße 1, 4020 Linz, Austria.