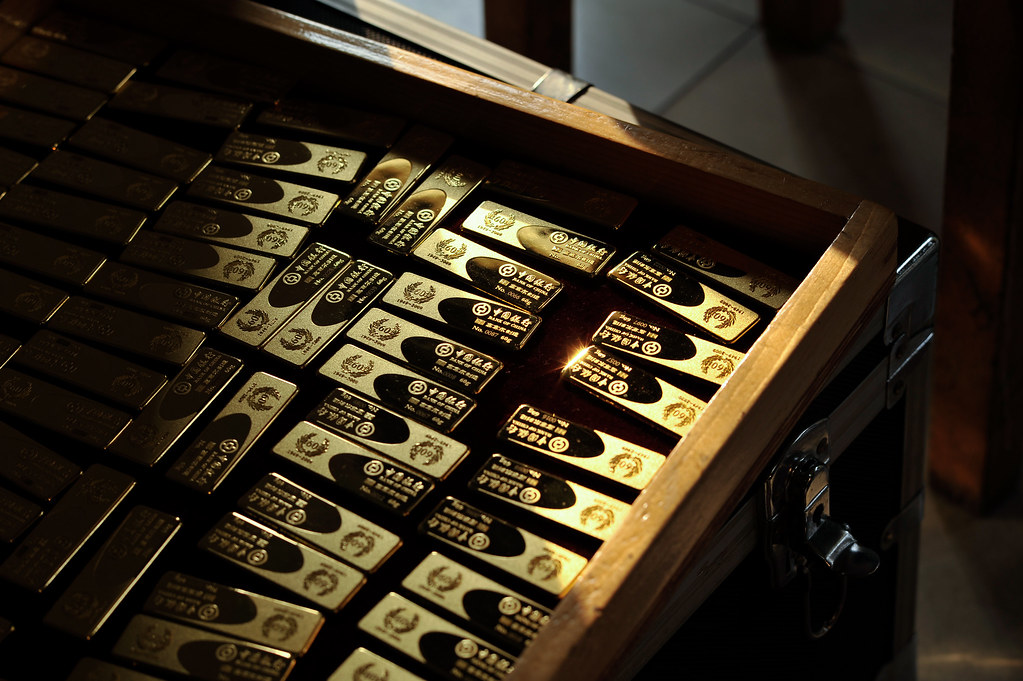 Gold prices have been on a roll lately with the gold market surging 2 percent on Friday alone. Currently, the world in watching with bated breath as a historic trade war between the USA and China unfolds. To compound the economic uncertainty, Federal Reserve Chair Jerome Powell has made subtle indications of dovish moves to sustain growth.

“This trade war with China is heating up exponentially, when you look at the overall scope [of the global economy], with all the central banks ready just to inflate as much as possible, it’s very difficult not to be in the gold market.”

With the likelihood of lowering of interest rates, gold is poised to continue its recent general bull run. Traditionally, gold is a safe-haven investment and its price peaks during times of uncertainty. Currently, the world has potential market triggers on different fronts. The brash approach of President Trump is obviously a highlight.

Trump Vs the Fed

With the world’s largest economy, it is true that when America sneezes, the rest of the world catches a cold.  Therefore, the recent indications of an upcoming slowdown in the USA spooked the markets.

President Trump has obviously made the economy his signature achievement and it came as no surprise that he publicly blasted the Fed Chair for hesitating to cut interest rates in response to the growth slowdown. Indeed, Trump wondering aloud on Twitter whether who between Powell and ‘Chairman Xi’ was the biggest foe to American markets took most by surprise.

In fact, Powell stated that the Fed will “act as appropriate” to keep the current economic expansion on track. These comments came at the annual meeting of Central bankers in Jackson Hole, Wyoming.

After the economic crash of 2008, the Fed rolled out quantitative easing measures to aid recovery. To better manage the situation, the interest rates went down gradually to near zero. In light of these events and considering the ensuing inflation, investors flocked to safe haven assets like bonds. However, it was precious metals and more so gold that surged in value proving beyond doubt that it is indeed a shield during times of economic turmoil.

Compared, the recent stock market plunges by no means indicate a 2009 style cut is in the cards. Nonetheless, the Fed could very well end up cutting rates further to prolong economic expansion. The expansion itself is not as certain as it seemed months ago.

The Disruptive Effect of a Trade War

As a matter of fact, former Fed vice Chair, Alan Blinder, believes that Trump’s trade war could generate a supply shock for the US economy similar to the stagflation that hamstrung the US economy after the 1973-1974 OPEC oil embargo.  This is because of the disruptive effects of supply shocks to the efficiency of the US economy:

‘’An economic machine that was able to produce this much output will now produce less.”

It is difficult to definitively forecast a recession. However, there is cause for concern if the Fed has to respond to inflation largely on account of a trade war. For better or for worse, the trade war pitting the United States and China is a trigger for market uncertainty and will continue to be so in the near future.

China has not taken President Trump’s tariffs lying down either. The Xi Jinping administration has slapped an assortment of retaliatory tariffs on American products. Most prominent are restrictions on Soybean imports to China which have impacted American farmers seriously. In response, the Trump administration has even compensated farmers affected in some areas.

In the near future, China intends to slap its own set of tariffs on US products. This is to retaliate against the Trump administration’s decision to levy an additional 10 percent tax on $300 billion worth of Chinese goods. These levies cover Chinese imports such as electronics and will go into effect on Sept. 1 and Dec. 15.

Gold had three-week highs amidst these uncertainties. The price of gold futures contract closed out the past week with a 1 percent rise. This takes total gold futures increases up 7 percent so far in August and 20 percent for the year. Condensing, gold has provided a refuge for investors amid China-USA fears.

As though the trade war is not bad enough for global economic stability, Brexit is an elephant in the room. With prospects of a no-deal Brexit higher than ever, the economic shock waves from this event could trigger market turmoil. This is because Britain has existing trade agreements with the EU that have been in place for decades.

A No-Deal Brexit would mean that there would be tremendous uncertainty as Britain renegotiates trade pacts with European countries and the USA. With October 31, 329 approaching first, it is reasonable to expect that markets will be watching everything that unfolds with bated breath. This, in addition to trade war turmoil, could make it a rough outing for stock markets in two months time.

In addition to that, protests in Hong Kong are causing havoc for one of the most vibrant trading hubs worldwide. Hong Kong’s government has even revised down projected growth in 2019 GDP to between 0 and 1 percent, from the original range of 2 to 3 percent. Needless to say, this development is another addition to economically disruptive events worldwide. Hong Kong is an important commerce destination and events there have external implications, especially for Asian markets.

Gold as a Safe Haven

Incidentally, the escalation of the US-China trade war and the Federal Reserve announcement has given gold prices a shot in the arm. As a matter of fact, gold prices on Friday closed on a six-year amid these fears. Generally, investors see gold as a safe haven amidst increasing global economic woes.

“With the macro environment deteriorating, i.e. China ratcheted up tariffs today, Brexit, Hong Kong, and the weakness of European bank balance sheets, you can now add a supportive U.S. central bank…Fed Chairman Powell indicated the Fed would do what was necessary to keep the economy rolling, adding new momentum to gold prices.”

In the grand scheme of things, the markets are not in as much trouble as headlines suggest. However, the comments by Jerome Powell, in particular, indicate that Central Banks could be preparing to prop up the markets further with lower interest rates. This does not portend good times for fiat currencies and related cash investments.

Already, Germany, which is a major economy, is in recession. Brexit will definitely be a tumultuous time for the global economy even if the UK and the EU somehow squeeze a deal through. The jury is still out on how the US markets will go in the near future.

Regardless, there is a convergence of sentiment around the security of gold as a guarantor of stability. In times of such turmoil, gold provides stability and can actually appreciate as an investment. This is why it is about time to invest in gold to shield your portfolio from potential macroeconomic shocks moving forward.

At Novem Gold we are easing the process. On Sep 2, we opened our first physical store at Landstraße 1, 4020 Linz, Austria, therein offering you an opportunity to digitize and shift the costs of storing physical gold to experts.

The Best Safe Haven Asset: Is BTC as Safe as Gold?

A Gold Bug in the US Federal Reserve: What President Trump’s Nomination Means