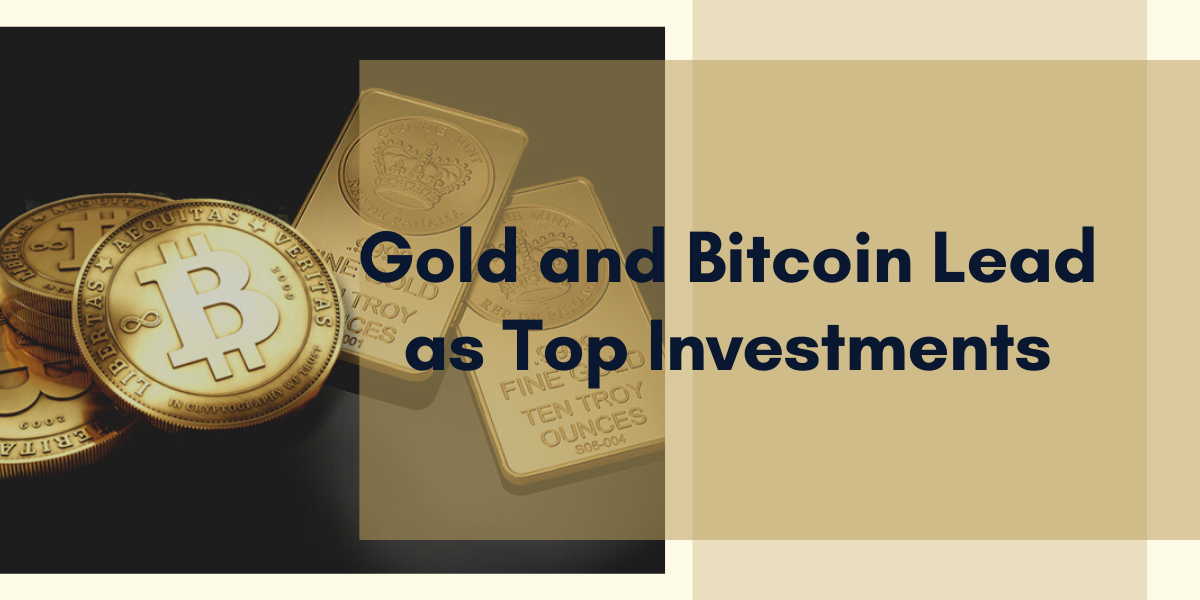 A large population of investors around the world would rather invest in gold than real estate or the stock market. A World Gold Council (WGC) research report shows that over 46% of all retail investors worldwide choose gold over these two other mainstream assets.

The study questioned respondents from a wide range of markets, including North America, China, India, Russia, and Germany. The results show that 78% of investors place most of their investment funds into their savings accounts.

One other investment choice that is more popular than the precious metal is life insurance. The study shows that 54% of all global investors buy life insurance as a long-term investment. The report affirms gold’s position as a mainstream investment vehicle, highlighting the massive opportunities that the metal has for jewelry and retail selling. The report shows that most consumers would rather buy gold jewelry if given a choice of other metals.

Over 56% of the respondents in the study said that they have bought fine gold ornaments, while 34% said that they purchased platinum jewelry instead.

Another study by Novem Gold further supports the findings of the WGC research. The gold investment firm conducted a poll on Twitter asking investors what their preferred long-term investment asset was. The survey gave a choice between gold, cryptocurrencies, stocks and bonds, and real estate.

The winning long-term investments of choice on the Novem Gold poll were gold and cryptocurrencies, each chosen by 37.5% of the respondents.

Gold and Bitcoin are very different assets, but also have some similarities. Gold is old and tangible. Bitcoin is digital, intangible, and has only been around for a decade.

The two assets may be very diverse in age and physical attributes, but they share many common principles. Bitcoin mimics many characteristics of the yellow metal.

As an illustration, Bitcoin is mined digitally, and its supply is finite, as is the case with gold. It is, therefore, not surprising that both assets attract the same investors. Nevertheless, is one superior to the other?

Gold has a larger market cap, standing at over $7.5 trillion compared to Bitcoin’s market cap of $150 billion. The metal has higher daily turnover volumes of close to $230 billion, while Bitcoin’s is much lower at $8 billion.

Bitcoin and gold bulls say that both assets are much better forms of currency than fiat. When central banks all over the world voted to move away from the gold standard, paper money quickly lost its value. In no time, politicians got hold of the monetary system, manipulating it and using it to spend heavily, then place future taxes to pay the debt back.

Consequently, most of the money in circulation globally is valueless. It, however, fulfills the functions of a currency, in that paper money is an acceptable medium of exchange. Fiat is also divisible, portable, durable, and very fungible. It has an inbuilt value erosion mechanism, making it a questionable store of value.

Every year, the value of paper money erodes, as more of it is inflated into the system. As a result, savers lose more of their investment in fiat as taxation subtracts the value of money. The process works so stealthily that over time interest on borrowing keeps inflation in balance.

Occasionally, the balance tilts and the real value of fiat becomes clear. In the last few decades, countries such as Argentina, Venezuela, Thailand, Zimbabwe, and Iraq have witnessed money fail the real test of a store of value after periods of hyperinflation.

Gold and Bitcoin both attract investors wary of the value-losing and manipulable aspects of fiat. They are looking for haven assets whose value is guaranteed over time. Gold meets this requirement perfectly.

First, it is itself a currency – an ancient medium of exchange. Its robust store of value features makes it a staple asset in every central bank vault around the world. The US government, for instance, has over $350 billion of gold reserves.

The yellow metal is also divisible and limited, indestructible by nature, and counterfeit resistant. It is the product of billions of years of geological forces, so a central bank or any other process known to man cannot replicate it.

The limit in supply means that it has deflation and inflation limits. Consequently, it is the perfect investment for savers. Since it is inert, it can be subdivided into smaller pieces and stored with no loss of value. Its softness and malleability make it very easy to shape it into coins or bars that can be used in trade.

These attributes have made the precious metal the most valued store of wealth in history. It was in use in ancient kingdoms and governments dating back to beyond the Roman Empire. Gold has, over time, accumulated tremendous value, appreciating over centuries. This is the reason gold is used to store wealth in uncertain times by governments, the wealthy, and investment-savvy populations. Gold’s performance often shines when other markets are crashing. It is, therefore, the ultimate hedge against any black swan event.

Bitcoin, on the other hand, is divisible, finite, democratic, and counterfeit resistant as well. It has unique advantages to gold, in that it can be mined and traded in record time, online. To access the cryptocurrency’s market, investors require a public address and a private key to receive and to protect assets.

Just like gold, Bitcoin is a “bearer” instrument, in that whoever holds it can lay claim to its value. Both assets are, therefore, easy to lose and require significant efforts to protect them. It is easier to steal Bitcoin than gold because the digital currency does not have the bulk that gold has. All it takes is a few seconds of vulnerability, and the asset is lost to an unscrupulous player.

Consequently, billions worth of cryptocurrencies have been lost since their inception. Most famous of all these crypto heists is the 2014 Mt. Gox hack, during which $450 million worth of digital assets were stolen from investors.

The bulk that gold has compared to Bitcoin does not make it much easier to store. Indeed, the precious metals’ holders pay a premium for their storage and insurance costs.

Gold’s bulk also prevents its secure storage in large amounts. It is an awkward haven asset if it has to be ferried in large quantities, a problem Bitcoin does not have. Bitcoin, therefore, makes for a fantastic haven asset when the chips are down.

Both gold and Bitcoin are speculative assets, and their buyers often buy them in bad economic times, waiting for their haven properties to push their values higher. Jerome Powell, the FED Chair, has referred to Bitcoin as an alternative to gold, saying:

“Almost no one uses Bitcoin for payments, they use it more as an alternative to gold. It’s a speculative store of value.”

These assets’ finite values make them perfect for year-to-year speculative trading because a limited amount gets to the market at a time. Bitcoin has more of an upside than gold in shortness of supply; of the 21 million Bitcoins that can be mined, 18 million of them are already in circulation. The digital currency also has a halving event, in which its mining block reward is decreased, meaning that less fresh Bitcoin will be available.

Nevertheless, the world cannot have enough gold, despite an injection of over 3,300 tons of freshly mined gold into the market every year. Gold has been facing an upsurge in demand among individual and institutional investors and central banks around the globe.

One of the most significant advantages that gold has over Bitcoin is the precious metal’s slow but stable growth trajectory in the market. An excellent speculative asset, it is not as volatile as Bitcoin, stocks, or bonds.

Gold is stalwart, stable, and reliable in the long term. The precious metal is not fighting to establish itself. It has a proven record of accomplishment that it will keep its purchasing power with very low levels of volatility over the decades.

Bitcoin is a rollercoaster ride birthed in the wake of the 2008 financial crash. It is, therefore, still untested, and its store of value features can only be proven by time.

A Comparison Between Bitcoin And Gold

Investing In Crypto Or Gold Is A Matter Of Trust

Novem Gold: The Best Way To Invest In Gold