Gold on Blockchain and Four Other Ways of Investing In Gold 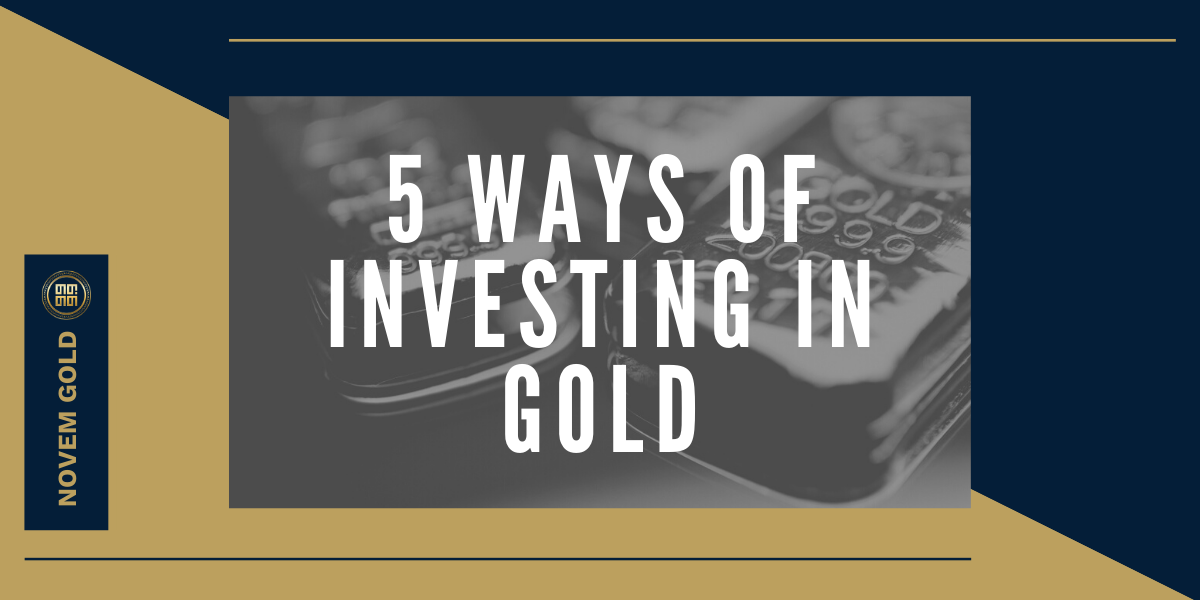 In its last meeting of the year, the Federal Reserve has voted to hold its interest rates steady, halting its series of rate cuts going into 2020.

The financial policy-making body has unanimously voted to leave the rates hovering around the 1.5% and 1.75% mark, a move widely expected by the commercial market. In his statement Jerome H. Powell, the FED chair, said that the body’s decision was influenced by a favorable economic outlook “despite global developments and ongoing risks.”

“As the year progressed, we adjusted the stance of monetary policy to cushion the economy and provide some insurance … This shift has helped support the economy and has kept the outlook on track.”

Thirteen of the Federal Open Market Committee’s 17 participants anticipate that the latest FED rate decision will last as the US moves towards the upcoming elections. Four members of this committee have, however, expressed the opinion that the policy-making body might hike the rates by a point or more in 2020.

Powell’s decision is likely to further incense US President Donald Trump, who has spent a decent part of the year criticizing the man that he picked to lead the US’s central bank. Before the FED’s latest rate announcement, the president met with the FED chair in November for the first time since February to discuss the state of the economy.

This meeting was in spite of Trump’s open verbal attacks on Powell, in which he has openly labeled the FED leader and his colleagues as “boneheads.” In another instance, President Trump has questioned whether the FED chair is a bigger “enemy” of the country than Chinese President Xi Jinping.

The American president has taken to television and Twitter attacks, criticizing the central bank’s high-interest-rate policy. He has wanted to have the FED lower the country’s rates to match the prevailing Eurozone negative rates. President Trump’s collapsing relationship with the FED chair has been widely viewed as a potent political miscalculation.

Not only does it look like Trump is trying to manipulate FED policy, but it also contributes to the growing uncertainty that has weakened the US economy. For his part, Jerome H. Powell has said that the ongoing economic and political brawls that the US has instigated were undermining its rather lively economic outlook, and all the central bank could do was to partially mitigate this damage.

Powell’s stand, therefore, is that the US needs to settle its feuds with China to boost the economy. This reality would force Trump to make a face-saving deal with Beijing to get things back to normal. As expected, however, the US president has set up the FED and Powell as his scapegoats should his actions further slow down the economy or cause a recession. The bigger story in this schoolyard brawl is that the FED is approaching the limits of its economic powers.

For decades, the masses have believed that central banks could easily shape and direct the economy, especially after the FED’s role in averting a second Great Depression after the 2008 financial crisis. The central bank flooded the US economy with cash, rescuing large financial institutions in its wake. Studies done by economists show that interest rates are driven more by external factors than the policymaker’s actions. Scholars say that global forces determine interest rates, meaning that while the FED’s response is essential at least in the short term, it is not omnipotent over the medium in the long run.

The fading powers of central banks and the prevailing low-interest-rate environment as we move towards 2020 are nonetheless excellent news for the gold market. The US president’s trade war with China will likely persist into the US election year, which means that he will probably hold on to his hard stance for voter support. Citibank analysts, therefore, predict gold prices will stay above the $1,575 an ounce mark in 2020, with a possibility of a $1,600 value with an upside bias. The precious metal is now trading at the $1,480 mark, and there are hopes that the year will close with gold at $1500 an ounce.

Aakash Doshi of Citigroup Inc says that the unchanged FED rates are going to influence gold prices in 2020 positively. “The policy rate is highly unlikely to move higher, and the FED is capping the rise in real medium-term yields, as well as nominal yields, at the belly of the US Treasury curve, so you reduce the opportunity costs of holding gold.”

Doshi further adds, “Potentially, and you could see this policy and this bias toward overshooting on inflation as dollar negative. So all three of these factors should be supportive for gold prices in the medium term or at least not a major sell-off.” Citibank is, therefore, predicting a gold rally that should push the metal’s value to the $2,000 mark in 2021 or 2022 should the US-China trade war stay on.

Gold as a hedge against instabilities has shined in 2019, which has been a turbulent year in all spheres. Besides the ongoing trade war, there has been the Brexit debate and protests in the Middle East and Asia. There are also increasing tensions between Russia, NATO, and the EU, which have speeded up Russia’s de-dollarization process.

Central banks and investors from all corners of the globe have been amassing gold at unprecedented levels, pushing its price to the highest seen in a decade. The tension in the equities market is expected to persist in 2020, meaning that any further signs of instability will bring more investments in gold.

There are diverse gold investment channels, with the most common being the purchase of physical gold. While gold coins and bars give a legal title over gold ownership, gold bars represent the lowest possible price of gold per ounce. Bars are the industry standard, and they are the most sought gold investment by central banks and private investors.

Coins are very attractive, but their minting comes at a price. Gold bars are also easier to store than coins and can sell in one-ounce sizes. While large gold bars have smaller premiums, smaller gold bars are more affordable and easier to obtain. Owning a little gold is a much better alternative than having none, so investors could start with wafers and grow towards large gold bar purchases. Nevertheless, the only safe way to invest in physical gold is to purchase bars or coins with recognized stamping and hallmarks.

Gold futures and options are an alternative to physical gold trading whereby an investor enters into a contract with a seller and pays an amount of money to trade gold at a specified date in the future. Trading in gold futures, therefore, eliminates the extraneous costs of holding physical gold, which includes insurance, storage, and transportation costs.

However, futures can be very unpredictable in a volatile market. You can incur significant losses should the price of gold plunge fast. Gold-backed Exchange Traded Funds, or EFTs, have become very popular since their launch in 2003. There are over 80 gold EFTs globally, and over 20 of them hold physical gold.

The SPDR Gold Trust, for instance, had an inflow of over $4.6 billion worth of gold in September. The Blackrock iShares Gold Trust, on the other hand, had inflows of over $2.5 million. Investors can also invest in the mining industry by making a good bet on a gold mining company.

This option could rake in tons of profits should the mine locate gold, or losses should there be none. Advancements in digital technology have given rise to an easy, flexible way of investing in gold; gold on the blockchain. Unlike tokens developed on blockchains like Ethereum whose worth is determined by the potential use case of their underlying technology, gold-backed tokens are fully backed by redeemable, audited physical gold.