Gold or Bitcoin: while BTC Trades at a 6-Month Low, Gold is Still Alive 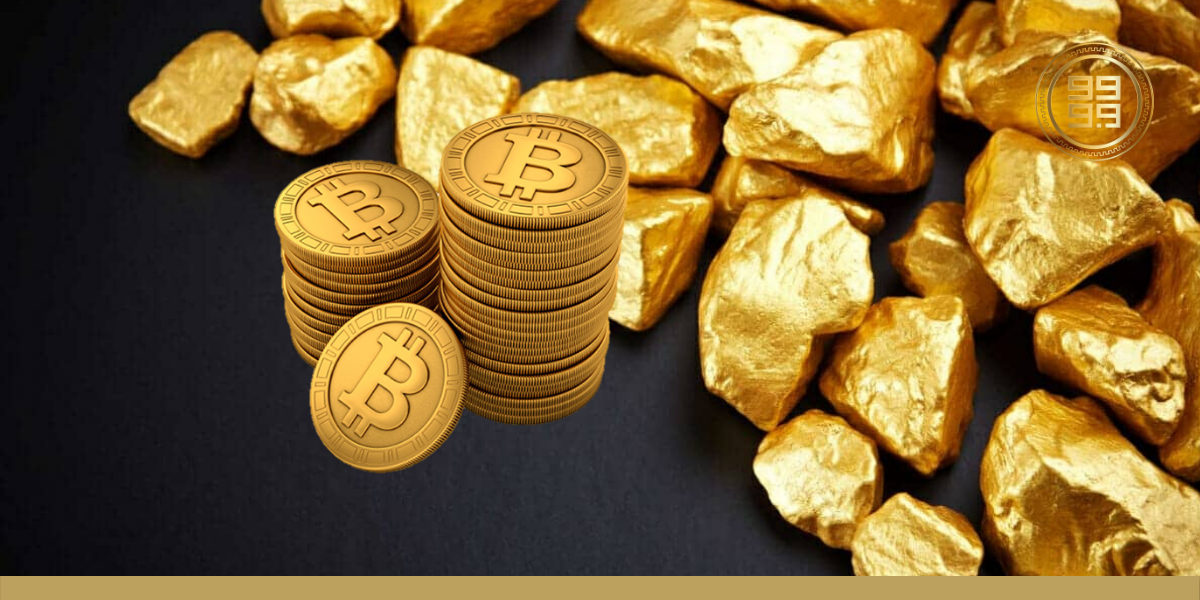 It is said that the golden rule all investors should live by is to buy the rumor and sell the fact. It is, however, very easy to be torn between the rumors and the facts in bubble markets. Bubble markets emit dangerous signs which, when coupled with the fallout from the US-China trade war, confuse the investor even more. Investors are in doubt what to do: keep their money in gold, fiat, stocks, or turn to the newest market – Bitcoin and other cryptocurrencies.

As if that were not enough, markets have to absorb all the instability that the current impeachment motion of the US president and the threat of a hard Brexit are causing. Most investors, therefore, agree that it is a big challenge to discern the direction of the markets. It, consequently, does not come as a surprise that over 3,400 high net worth investor respondents in a UBS survey say that the market is bound to plunge in 2020. This group representing 55% of investor respondents in the survey with over $1 million in investments believe that the coming year will be more turbulent for the investor than 2019 has been.

Their thoughts have been echoed by billionaire investor Ray Dalio who, while he has denied this claim, is said to have placed a bet worth $1.5 billion that the stock market will crash in early 2020. The Bridgewater Associates founder recently wrote a LinkedIn message saying that “The World Has Gone Mad, and the System is Broken.”

In his note, the founder of the $160 billion hedge fund, the largest in the world, says that the unsustainable attributes of enormous government debt, overzealousness in lending, and a widening gap between the rich and poor have sounded the death knell for the current fiscal system.

He also adds that the current financial system is “pushing on a string,” as central banks experiment with monetary policies in a bid to encourage increased spending. He, however, notes that these experiments have fallen flat on their faces, leading to a situation where there is “low growth and low returns on assets.”

Consequently, as the prices of financial assets continue to skyrocket, and expected future returns have lessened, forcing the super-rich to begin hoarding cash holdings instead. Indeed, data shows that cash holding amongst the world’s richest is now 25% of their usual average asset holdings.

To this end, the world’s most renowned wealth management firms such as Credit Suisse Group AG and UBS Group AG are all increasing their excess cash holdings for wealthy clients’ facilities.

Safe deposit boxes once a dying business line are becoming viable alternatives to the current negative interest environments. These huge firms are once more making a killing off of renting safe deposit boxes to the ultra-rich, for the secure storage of cash.

According to a representative from Swiss Gold, storing money in safe deposit boxes is cheaper than incurring negative interest rates. There are, however, many costs associated with safety box deposit storage. Safety box deposit users, for instance, have to deal with transport costs of the assets and insurance as well.

They also have to keep the process as legal as possible to avert money laundering suspicions, and perchance they want to re-bank the cash once more. The rich, nonetheless, seem more inclined to face these hurdles rather than pay negative interest rates.

Investors seem to be running out of stable investment options. The bitcoin bears, for instance, are back as the king of cryptocurrencies falls below the $8,000 mark. It is no longer clear when the painful plunge for this revered but volatile asset will end, with it dropping from highs of $14,000 within a span of a few months.

Pundits say that the digital currency could go all the way down to its definitive $5,100 bottom. The most bearish of cryptic have, however, predicted even lower BTC values. Peter Schiff, for instance, has said that the cryptocurrency will once more sell as $1,000, as it was before its 2017 bull market.

It is nevertheless, not the first time that the death of the digital currency has been predicted. Bitcoin has, over the decade, proven its critics wrong by recovering from punishing reversals. It is, however, a disappointing close of the year for BTC bulls that witnessed the currency spike as high as $13,880 in the wave of Facebook’s Libra announcement.

Most of them had predicted that the token would close the year at $20,000 highs, only to watch the rally evaporate in weeks. Fortunately, the digital currency’s years to date gains are highly optimistic. Nevertheless, with the Bitcoin bears coming out of the woodwork once more to celebrate its demise, investors are a bit wary that the token is in a bubble market of its own.

In contrast to Bitcoin’s six-month lows, gold prices are as buoyant as ever. According to Mike McGlone, the precious yellow metal’s prices are still in a bull market, despite the minimal changes in price action. McGlone says, “We’re back to more normalization. It’s a bull market, it’s been brewing for years.”

Gold is a stable asset. It is also one of those rare assets that increase their purchasing power over time. While technological advancements have lowered the cost of production of many other assets, gold prices remain unaffected. The reason is that technological developments in gold mining hardly affect its value because minimal amounts of gold are added to the above-ground stock supply annually.

In fact, data show that these additions only account for a paltry 1.5% of the precious metal above-ground stocks. This factor implies that falling prices of mining the precious metal will hardly affect its value in the market. This is the reason why gold will have a constant value as most other assets fall in purchasing power.

Keen investors have, therefore, turned to gold as the consumer products commodity value collapses. Gold now can buy more commodities than ever, making the precious metal the perfect saving solution. This factor is especially crucial in the current wave of negative yield environments.

Gold prices have, however, taken a step back as optimism rises that China vs. US trade war could come to an amicable end.  Nonetheless, there is skepticism that Trump will reverse the tariffs imposed on China, as demanded by Beijing. The concessions America expects China to make also have been received with a lot of loathing by the East Asia nation, putting to doubt their practical fulfillment.

Gold Is A Savers’ Best Bet

It could be probable that each country will keep grasping at straws with the talks dragging on long after the US 2020 presidential elections. Should actual progress occur during the trade talks, gold’s prices could take a temporary hit, but its demand by the world’s central banks will keep the rally going.

Indeed, gold ETFs and gold-backed stable coins are experiencing massive demand from different countries all over the globe, and other precious metals such as palladium and silver are rising with it. Should the US Federal Reserve decided to cut interest rates further, gold will rally higher too.

It is expected that gold will close the year at over $1500 and keep rising in 2020 as the state of the equities market causes jitters amongst cautious investors. Should there be more signs of vulnerability, more investors will flood to the precious metal markets for safe-haven investment.

One fantastic fact working for gold is that there are fewer profitable savings channels for the ordinary person. Money saved in banks loses its purchasing power because of low or negative interest rates. Money placed in stock markets today can easily be lost due to the high volatility of the markets and suffer losses because of myriad hidden fees.

Since savers are now being penalized for saving, more of them are opting to consume more straight away. This poor outlook on savings and financial repression and inflation is slowly eating at the heart of the society. Gold, however, can provide an alternative savings vehicle for the future that will assist the society in developing a better community.