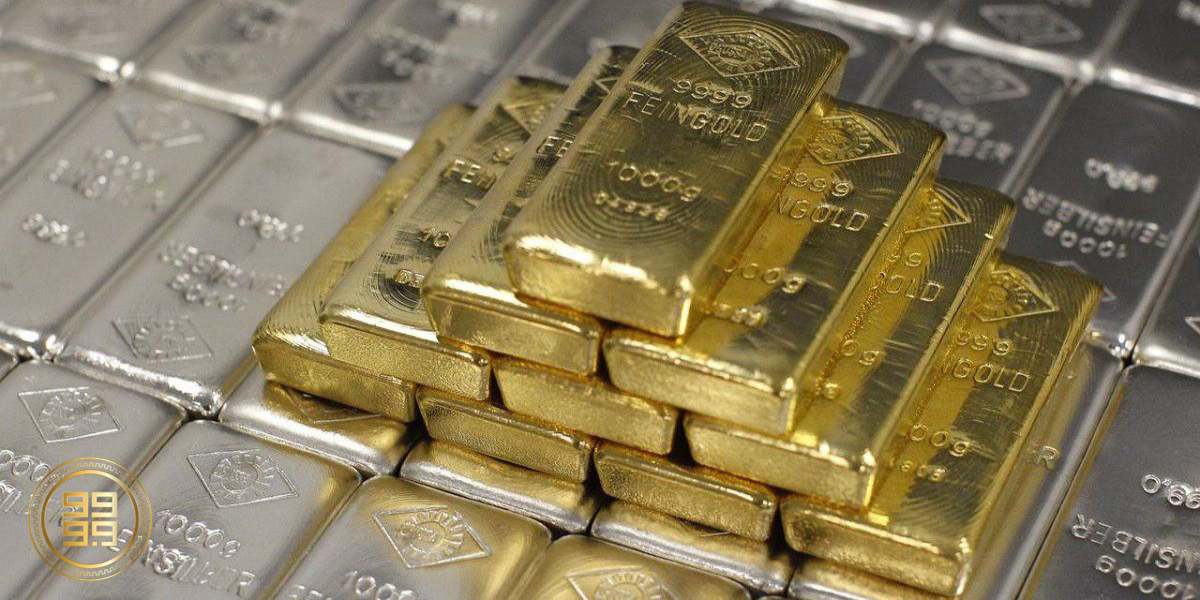 Gold has so far breached two key psychological levels in one year. In July, its values soared to the $1,400 mark. By August 2019, the precious yellow metal was trading above $1,500. The inert metal is currently trading at its highest rate since 2013. It is now only a matter of time before prices soar above $1,600 per ounce level. Since the gold-silver ratio has exceeded 80, traders may soon switch to silver. Will gold be able to sustain the rally?

Pundits say that this price range is highly likely if the Federal Reserve decides to keep lowering its interest rates, or even resort to negative interest rates. The current trade war raging between the US and China has been bad for most markets. It has, however, been exceedingly good for safe-haven assets such as gold.

The fallout arising from the economic tumult has seen the value of precious metals rise, as investors turn their backs on riskier investments. The stock market, for instance, has plunged as the deteriorating global economic outlook, fuel fears of a recession. Jerome Powell, the Fed chairperson, has said that he is watching the data keenly and will increase the rate cuts if necessary.

China Readying for a War of Attrition?

US President Donald Trump has been slapping tariffs on Chinese goods since 2018. In May 2019, he raised taxes on goods worth $200 billion from a previous 10 to 25 percent. He also signed an executive order, which in effect banned telecommunications technology from the Chinese giant Huawei.

On August 1, Trump escalated the tensions by further placing a 10 percent tariff on $300 billion worth of Chinese imports. The Chinese central bank fired a warning shot, allowing the Renminbi to fall by 2 percent, the lowest it has been since 2008. Not to miss a punch throwing opportunity, the US president outrightly called the Chinese government ‘currency manipulators’. This is despite the Chinese currency receiving an approval rating from the IMF over its valuation in July 2019.

The US president has taken a bully approach to his negotiations with China, issuing threats on what seems to be a whim. President Trump has said that China needs to take his deal more than the US needs to accept China’s demands. On paper, he is right. The East Asian nation’s economic activity is at least four times more dependent on the US, meaning that it is a lopsided trade balance.

Nonetheless, Trump’s attacks on China are hitting at the heart of the Chinese economic culture, and the Red Dragon will do what it needs to do to protect it. China could very well be preparing for another war of attrition, holding out against the US to get what it needs from it. China has applied this strategy before.

Case in point is the nation’s 12 years hold out as it negotiated its entry to the World Trade Organization in 2001. The likelihood then that the Fed might need to make more 25 basis point cuts in 2020 to cope with the trade war is very high.

The gold rally, therefore, has just begun as times become more uncertain. BNP Paribas has predicted that gold will average a $1,560 price come 2020. The current year-to-date rise of 20 percent per ounce of gold has had a profound effect on the gold-silver ratio. The gold-silver ratio signifies the strength of gold’s price to that of silver prices.

This ratio is what adept precious metal traders use when “trading the ratio.” They will, for instance, purchase silver when the rate is high and switch back to gold when it falls. This ratio signifies just how many ounces of silver it takes to buy an ounce of gold.

A very high gold-silver ratio shows that gold is too expensive when compared to silver. such occasions, silver might offer better value to the investor than gold.

With such a high gold-silver ratio, will a Silver Rally Loom?

The supply of the soft white, lustrous metal has been highly inelastic since 72 percent of it is produced as a byproduct of other mined metals.  Geologists say that there is 19 times more silver in the earth’s crust than there is gold. Modern silver mines are however only able to supply eight times more silver than they do gold.

Silver also has more demand for industrial use, than gold has; over 60 percent of its annual demand is for industrial production. Silver is, for instance, used in the manufacture of photovoltaic solar power cells and for alloy soldering. The shiny metal’s market is highly volatile, and its market smaller.  The estimated size of silver’s market compared to that of gold is a one-tenth. This has encouraged a very active speculative trading market, which has steadily risen since the last financial crisis.

Gold and silver have for centuries been used as money, due to their aesthetic appeal and rare quality. Information on the gold/silver ratio has consequently, been very critical because, without it, traders could miss a windfall if the ratio moved unfavorably against them. Historians say that this ratio was 2:1 in ancient Egypt and 3:1 in medieval Japan, due to a lack of silver mines. As civilization advanced, the ratio slowly rose to 16:1 in Western Europe at the beginning of the 20th century.

Today this ratio is at a high of 85, the highest it has been in the past 18 years. Data shows that this ratio is higher than what was during the 2008 financial crisis when investors massively run to gold for safety.

The current unprecedented gold-silver ratio is, therefore, a significant trading signal for any investor looking to diversify their portfolio into precious metals. In years past, this ratio has only spiked when a recession was looming. The current spike, however, is happening in the absence of a significant financial crisis. Traders believe therefore believe that the markets are about to undergo a correction. This is the reason why investors have turned to gold rather than silver, in a blossoming economy.

Diversifying your portfolio to gold is one of the best ways you can guard your assets in these stormy economic times. The market is already enjoying its bull run, but the gold-silver ratio shows that this rally is still in its infancy stage.

The access and validation of the quality, quantity, and ownership of the precious can be a hindrance to gold investing.  Novem Gold’s gold-backed utility tokens could not have come at a better time. Launching on the NEO blockchain, NNN is a fully gold redeemable token about to disrupt and open up the traditional gold trading market.

Novem Gold is also launching NVM, their native utility token. The firm is using blockchain technology to ensure that the gold trade is fully democratized. Through their gold-backed tokens, you too can now own your fair share of LBMA-certified physical gold.

In the ongoing ICO you can purchase an NVM token at €0.55. We are selling them at a discount during the first two token sales phases-of which the second phase begins on Sep 15, so set your alarm on and ensure that you do not miss out on this unique opportunity.

The gold backing the NNN is stored at Liechtenstein, Trisuna Lagerhaus AG / OZL AG. Novem Gold will continue to mint new NNN at regular intervals, and their amounts can be verified via the NEP-5 token supply procedure.