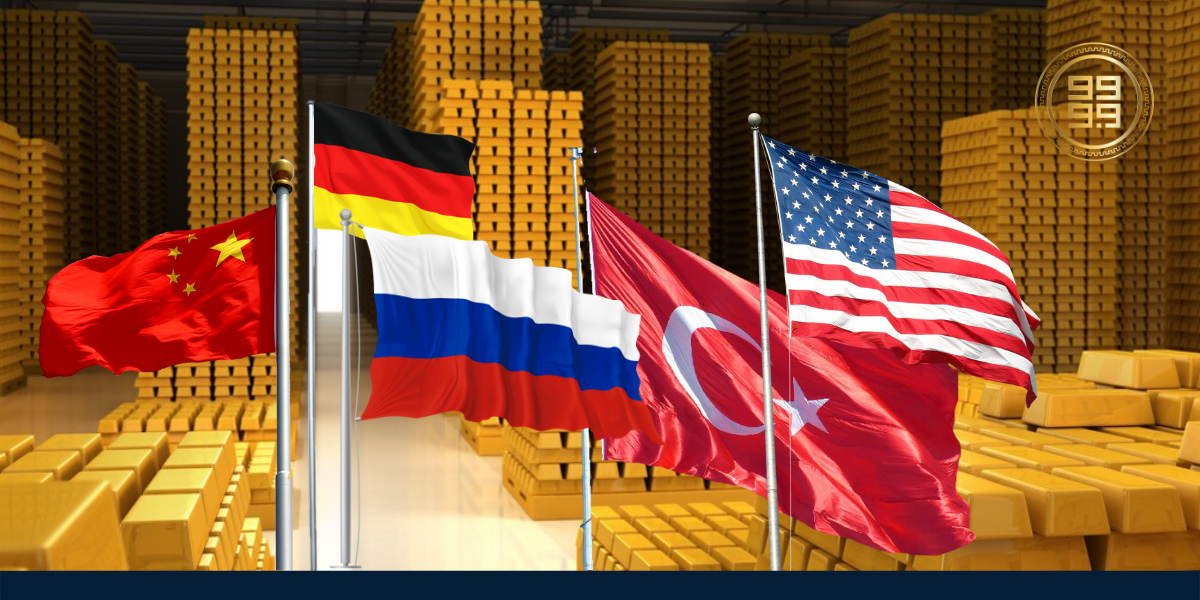 Gold is a hedge against any instabilities, which most governments are currently facing. That’s why Central Banks and governments around the world not only maintain gold supply but add more to their gold reserves. Both governments and investors consider gold as a stable asset, which is hedging to guard against further slides in countries’ local currencies. Central banks nevertheless have been preparing for the day the inflated value of the dollar crashes. They have been buying gold in droves since 2010, turning from their status as net gold sellers to net gold buyers.

The German Central Bank (Deutsche Bundesbank) owns over 3,370 tons of gold reserves, the second largest after the US. The Bundesbank published a book called Germany’s Gold last year. Bundesbank’s President Jens Weidmann states in the introduction:

Ask anyone in Germany what they associate with gold, and more often than not, they will say that it is synonymous with enduring value and economic prosperity. Ask us at the Bundesbank what our gold holdings mean for us, and we will tell you that, first and foremost, they make up a very large share of Germany’s reserve assets … [and they] are a major anchor underpinning confidence in the intrinsic value of the Bundesbank’s balance sheet.

After years of secrecy as for its official gold holdings, in 2009, China announced that it had 1,054 tons of gold in the reserves. In 2015, the PBoC (People’s Bank of China) said that they had increased their reserves to 1,658 tonnes. China’s gold reserves as of May 2018 were already at 1.842 tons. Nevertheless, some analysts believe that China has more gold in its reserves than it lets on. Many assume that China is going to create its own cryptocurrency backed by gold to maintain the policy of de-dollarization.

Data shows that Russian gold holdings rose by over 40% to a $100 billion worth of reserves in the last year. Gold now has taken up the largest share of Russian holdings, the highest it has been since 2000. In its export dealings with the rest of the EU, Russia has also increasingly used the Euro in trade. Data shows that over 42% of its export trade with the European Union, India, and China were paid in Euros.

Turkey buys gold with recorded highest purchases in this period and reached 385.5 tons in total gold reserves. It made its highest monthly gold purchase ever with 41.8 tons in August, has been the largest gold purchaser in the world with 71.4 tons in the Q3, according to the World Gold Council report.

This could be a sign that the US central bank has very little confidence in the value of its currency. Gold is a safe haven asset for central banks as the level of debt worldwide escalates to unmanageable levels. The World Gold Council’s 2019 Q2 report states that central banks have bought a whopping 224.4 tons of gold.

Yamashita treasure in the Philippines: truth or myth?