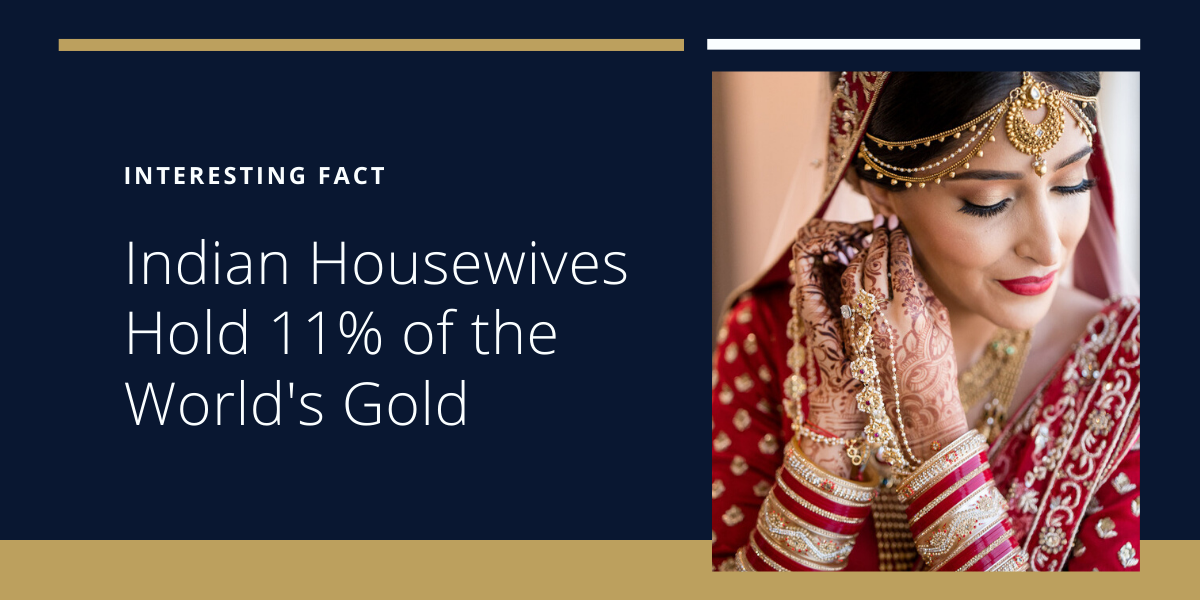 Some of the world’s most expensive gold items include a gold Lamborghini, a Queen Elizabeth giant coin, and the late Datta Phuge’s over-the-top gold shirt.

The shirt, made from 3kgs of gold, was worth over $240,000 and was lined with images of ancient Indian monarchs. A gold shirt might seem ostentatious anywhere in the world, but not in India.

As Phuge had said, donning gold was the ultimate statement of achievement in his culture. His shirt, therefore, was the quintessential status symbol of the success he had looked forward to since his childhood.

In an interview before his gruesome death in 2016, Phuge said:

“When I was at college, people would say you were from a rich family if you had gold. So, from the age of 20, I started wearing gold. Back then, in smaller quantities, like 10g or 15g.”

The property speculator turned moneylender from the town of Pimpri Chinchwad added that gold was an excellent investment vehicle for him. “If the need arises, I can sell the shirt and have the money.”

India, Datta Phuge’s home country, is the world’s largest consumer of gold. Homemakers in rural India hold over 11% of the actual amount of gold in the world. The country’s culture has, for centuries, regarded the precious yellow metal as a symbol of prosperity.

Consequently, Indian women collectively wear over 21,000 tons of gold on their bodies. To put this figure into perspective, the Indians’ obsession with gold has pushed them to accumulate more gold than all the reserves of the IMF, USA, Germany, and Switzerland put together.

The US has the world’s most substantial gold reserves at 8,000 tons, but this amount pales in comparison to the massive amount the Indian people keep at home, mostly as jewelry.

Everyone in India Buys Gold

According to Rajiv Mehta, a gold analyst, every person in India buys gold. The precious metal is the symbol of Lakshmi, a Hindu goddess, and is considered very auspicious. Gold, therefore, is the ultimate traditional wedding gift. It is also commonly used to adorn Hindu deities in temples.

As a result, Indian temples hold over 2,500 tons of gold. As an illustration, Padmanabh Swamy in Kerala holds at least 1,300 tons of gold. This temple holds close to two times the amount of gold that the Indian government has in its reserves, which is 618.2 tons according to World Gold Council data.

Vellore’s Laxmi Temple, on the other hand, has 1.5 tons of gold adorning its roof and pillars. Mehta says:

“Gold has become a status symbol or a symbol of wealth … especially in the last ten years, we’ve seen a lot of people kind of showcasing their gold ornaments or trying to become more flamboyant.”

The gold analyst says that individual Indians living in rural areas hold two-thirds of this gold amount. The Indian rural areas are home to 191 million unbanked people over the age of 15 who buy gold to accumulate and store their financial savings.

A large percentage of the poor are excluded from employment and, therefore, do not earn any wages. Most of them work in the informal sector and have no access to formal financial instruments. It is no wonder then that they are very enamored of gold, an age-old informal mechanism of finance.

India’s commercial banks and the cooperative sector have, over the years, tried to provide financial inclusion for this large population, but have largely failed. Poor farmers have no access to the collateral required by these financial institutions.

These banking institutions also have to contend with severe geographical and social exclusion factors such as a lack of infrastructure, illiteracy, and caste barriers. The unbanked in these areas stay financially excluded because they cannot approach banks for negotiations. The gold market, on the other hand, is liquid and deeply entrenched in these areas.

Consequently, when an agricultural bumper harvest leads to low prices of commodities, the demand for the precious metal rises because of rural India’s demand. When the crop is poor and commodity prices are high, India’s gold prices are consequently depressed due to lessened demand from the rural residents.

The Indian government, therefore, sells its gold holdings at a higher rate during good monsoon years to finance its food surplus program and the importation of fertilizer. The sold-off quantity of gold is then replaced during bad monsoon years.

Gold is a Crisis Hedge

Gold is also a crisis hedge in India, acting as social protection for the vulnerable masses that lack any form of insurance. The country lacks domestic safety nets but is very prone to natural disasters. Besides its traditional veneration as an ornament gold is, therefore, a cushion for most households should there be an extreme financial need.

Richard Davies, the writer of Extreme Economies, notes that after the 2004 Indonesian tsunami, many families in Aceh rebuilt their lives by selling the gold jewelry that they had on their bodies.

“While some lost gold in the disaster, I met many survivors who were able to sell jewelry they were wearing … Wearing a gold bangle is like having enough cash on your wrist to employ a builder for a year … This traditional form of finance insulated Aceh and provided its entrepreneurs with rapid access to cash.”

In 2019, India imported 983,000 kilos of gold. Most of this gold went to India’s robust exchange system, where rural Indians can quickly turn it into cash, should the need arise. Since India mines negligible amounts of gold, these high imports of the precious metal have led to the devaluation of the Indian rupee and a depletion of the country’s foreign exchange reserves.

These factors have led to steep rises in commodity prices, which have forced the government to enact gold import policies in the past. These policies were aimed at bringing these imports down to workable levels, and have had adverse effects. The repealed Gold Control Act of 1968, for instance, tried to control the personal possession of gold, limiting access to gold bars and coins for individual buyers.

This legislation sounded the death knell for the then robust official gold market, stimulating massive gold smuggling rings. It also activated popular but unofficial gold sale channels. When the law was repealed in 1990, India allowed free imports in a bid to earn taxes from gold imports, revenue that had been lost for decades to smuggling. India’s gold imports rose from zero in that year to an average of 1,000 tons each year.

The Gold Deposit Scheme of 2015

Gold for this population is the ultimate source of protection. In 2015, the Indian government introduced a Gold Deposit Scheme that would reward gold depositors with attractive benefits. It meant the scheme to mop up all the gold idling in Indian households and reinvest it back into the market to meet the country’s insatiable demand for the metal.

The project was rejected by the population that wanted easy and reliable access to their gold holdings. The country is nevertheless creating a physical gold exchange that will help it develop a regulated gold market. The exchange – inspired by China’s Shanghai Gold Exchange – will bring price and quality transparency to the country’s gold trade.

It will also, once and for all, assist the Indian government in turning the precious metal from an unproductive import into a tradable financial asset. India nonetheless has gold futures trading, which requires the exchange’s information for real-time price data.