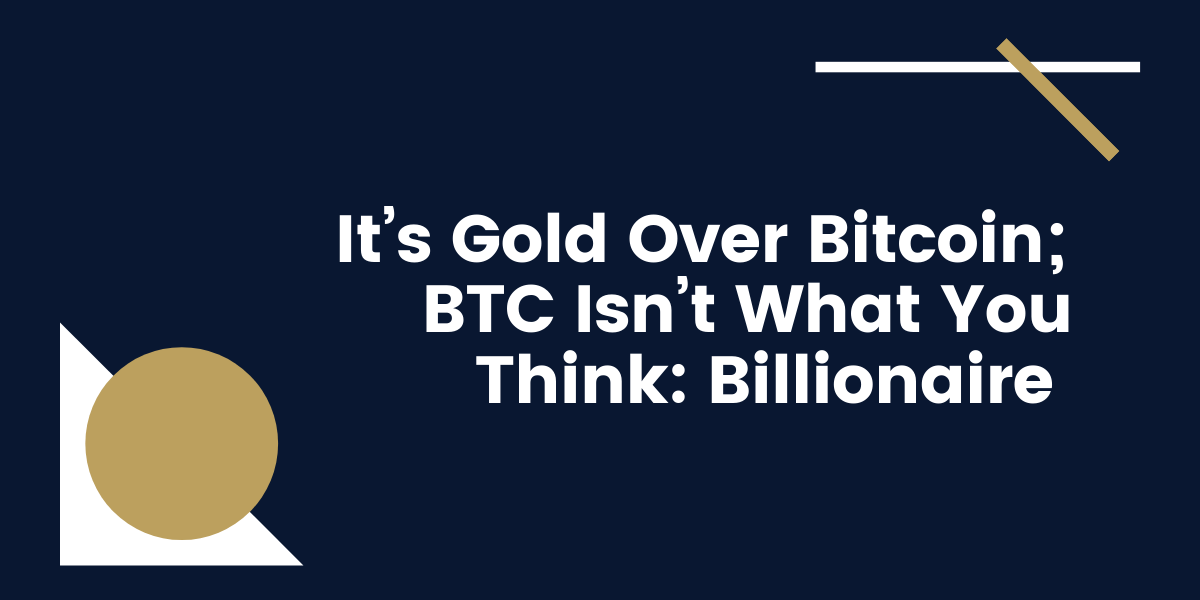 Dalio has outlined his unconventional management philosophy in his book Principles. It is, therefore, hardly surprising that the 70-year-old eccentric billionaire and popular, prolific tweeter has openly disparaged both Bitcoin and cash as investment options.

“There’s two purposes of money, a medium of exchange and a store hold of wealth, and Bitcoin is not effective in either of those cases now.” In his usual, no holds barred method of communication, the American investor added, “Cash is trash. Get out of cash. There’s still a lot of money in cash.”

This is not the first time that Dalio has gone after the world’s most popular cryptocurrency and fiat with guns blazing. In a 2017 interview, he dismissed the digital currency, calling it a bubble and labeling its market as “highly speculative.”

In 2019, he penned a popular LinkedIn article, The World Has Gone Mad, and the System Is Broken, highlighting the shortcomings of the current monetary system. The hedge fund manager is a believer in strategic asset allocation principles in investment.

Consequently, his investment portfolio has grown consistently. He takes far fewer losses than other firms do in the equity market. He has often advised investors to spread investment risk across various assets.

Today, the co-Chief Investment Officer and co-founder of Bridgewater Associates is worth over $17 billion. His hedge fund has a massive portfolio worth over $160 billion. He founded the hedge fund firm in 1975 in his two-bedroom apartment in Manhattan.

An investment from the World Bank pension scheme worth $5 million set him firmly on his path in 1985. He began by trading bonds and has since then made the most significant net gains reported by any other hedge fund.

Pure Alpha, Bridgewater’s flagship hedge fund, bets against and on global markets to exploit macroeconomic trends. Dalio has, in the past, been criticized for taking investment funds from eyebrow-raising clients such as Chinese state-run firms.

China’s national sovereign-wealth fund is one good example. Dalio also holds Saudi investors’ funds despite the fall out after Jamal Khashoggi’s murder. He has even met Russian President Vladimir Putin several times to the chagrin of some of his employees. His wit and vast investment knowledge and experience nevertheless offset his controversial choices because he delivers consistent profits.

He advises investors to build ‘all-weather funds’ that perform in all market scenarios by diversifying. Mr. Dalio has, by his statements, eliminated Bitcoin and cash as asset classes in which to diversify investments. He has called on investors with large pools of capital to balance them with better choices such as gold.

The Money Supply is Dangerously High

In 2018, the investor warned that cash would hemorrhage profits, but was proven wrong by the stellar performance of the dollar that year. This time he is asking investors to increase their gold holdings since central banks have failed to normalize the monetary system. He is predicting an economic downturn in a few years.

In his LinkedIn article, which details the failure of the central banks-run financial system, he says that the money supply is currently too high. Central banks have carelessly issued money to investors in such a way that most of these investors will give it away free to the creditworthy.

Investors no longer care about having their investment principal back because all they need is a vehicle that will hold their massive amounts of fiat. Central banks, on the other hand, are pushing money to investors to raise economic activity and inflation.

Unfortunately, investors are not spending the amounts given to them by banks but are instead investing the funds. For this reason, there is little economic growth or inflation gained by this cycle. The only result of this policy has been a rising financial asset price and lower future expected returns.

Equities, bonds, venture capital and private investments will keep rising but will deliver minimal profits. He notes that investors are so desperate that they are throwing money at loss-making companies as long as these businesses have revolutionary technological ideas.

Governments have exacerbated the financial mess by accumulating massive amounts of debt that can only be cleared by forcing central banks into printing more money.

Savers are at a Disadvantage

This article caught the attention of Bitcoin bull Mike Novogratz, who in the past asked investors to “Long Bitcoin, Long Gold.” He agreed with Ray Dalio that the world’s monetary system is flawed. The prevailing negative and low-interest rates were making savers poorer.

The CEO of Digital Galaxy warned that there was about to be a considerable paradigm shift in the monetary system. Novogratz is pro-gold, but Dalio does not have any interest in Bitcoin, despite the digital currency’s high market cap.

Bridgewater Associates is so pro-gold that they have issued a prediction that the precious yellow metal’s value will spike by 30%. Greg Jensen, the hedge fund’s co-CIO, is predicting a $2,000 per ounce gold value soon. Jensen says that despite the current stellar performance of the stock market, cash is not an advisable asset to hold in bulk.

The recent signing of the China-US trade deal has rejuvenated the stock market, but Bridgewater Associates is downplaying the deal’s effect. They warn that there are various policies at play that will impede the performance of the equity markets.

First, while the FED has cut interest rates three times in the recent past, they will not normalize them anytime soon. The FED will maintain a low-interest-rate environment despite alarming inflation levels.

Some analysts have also decried the FED’s Repo market’s interventions. The actions of the FED are pointing to a breakdown in trust in the current monetary system. There is, therefore, a deep reset coming which will make haven assets the only assets worth holding.

The ongoing international issues between the US and Iran and China will also play their part in pushing up the value of gold. Gold performs well when there are geopolitical crises, and the ongoing conflicts are bound to escalate. Some analysts have warned that China might renege on the deal as the US goes into its election period.

The building tension between the US and Iran over the killing of General Qasem Soleimani could also flare without warning. President Hassan Rouhani of Iran has publicly made threats against the US and Europe on state television.

In his speech, he threatened the security of the US and EU troops stationed in the Middle East, asking them to pull out of the region. Any re-escalation of the tensions will increase the demand for safe-haven assets, as happened after the Iranian General’s murder.

Bridgewater has also made a $1.5 billion options gamble that Wall Street will suffer come March 2020 due to political developments in the US. Some analysts believe that should the Democrats elect progressive candidates such as Bernie Sanders, stock markets would continue to rally.

However, the volatility that his nomination would create would adversely affect the stock market and force more investors to gold. There are rising fears that the US will encounter political turmoil because of the current tension-filled undercurrents.