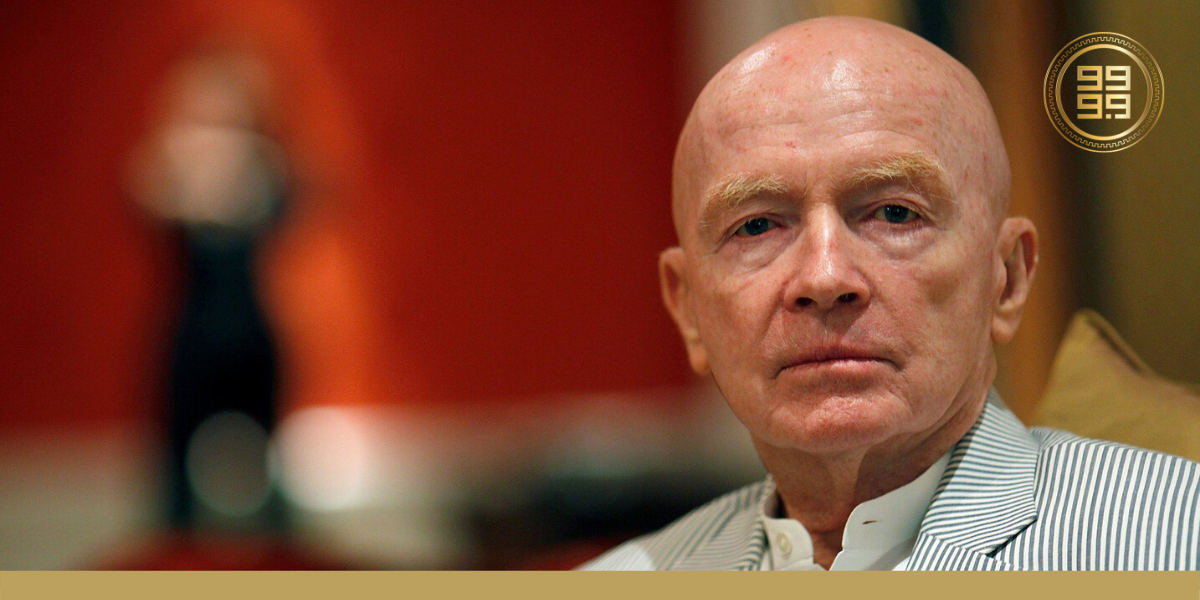 Mark Mobius, the brain behind Mobius Capital Partners, is a voice to reckon with in the emerging markets scene. The pioneer of emerging markets investing says that he is very bullish on Brazil, Russia, India, and China (BRIC) oil and gold.

He has voiced his sentiments about these assets, despite the bloodbath witnessed in emerging market stocks in 2019. Mobius believes that, despite this year’s market setbacks, BRIC stocks are about to make a comeback. These emerging markets have massive growth potential, and more importantly, have proven that they can hold strong sustained earnings.

India, for instance, has been enjoying the Modi reforms and the ongoing China-US trade war. Unlike China, India’s export market is not facing any hindrances or punitive tariffs. Additionally, the South Asian country has a vast consumer market, which will further help sustain its record economic growth projections.

Since Indian Prime Minister Narendra Modi took over the country’s policy-making reigns in 2014, the country has enjoyed a massive boost in economic growth. Various challenges have dogged the reform-making processes, but the country is still focused on attaining its ambitious $5 trillion economy dream by 2025.

The reforms are geared towards turning India away from its over-dependence on domestic consumption, and the goal is to turn the vast country into an export-driven economy. To that effect, the government has passed a myriad of bills that affect all areas of industry, from pension allowances to mandatory minimum wages. Modi’s government has also been working towards fulfilling its 2014 pro-business campaign promises. The “Make in India” campaign, for instance, has dramatically helped to speed up the country’s economic growth.

The manufacturing sector has grown, and India’s economic growth rate breached levels of 8%, two years after Modi’s takeover. Consequently, the country has been able to effectively handle demonetization reforms, as well as the harmonized goods and services tax introduction.

2018, however, came with its own unique challenges and consumers started to trim their spending as a credit crunch began to bite. India’s credit shortfall was caused by instability in its massive shadow-banking sector. The nation’s large non-bank lenders have consequently cut back on lending, which has adversely affected the property and automotive industries that rely on consumer lending.

This shortfall has left over 15% of the population that relied on shadow banking for easy loans without access to credit. India’s home-grown automotive industry, led by champions such as Maruti Suzuki India, Tata Motors, and Mahindra & Mahindra East Asia, consequently posted losses in their mid-year 2019 financial reports.

Over-reliance on domestic spending was the key cause of the economic slowdown in India. Over 60% of the country’s GDP comes from its massive household consumption market. Unlike China, which has been more focused on exports, the Indian middle class has been the engine of economic growth over the past few years.

Modi’s government is, however, changing its outlook and embracing the East Asia growth model built on trade and investments. An investment-led economic growth model will help to create a sustainable growth pattern.

Mobius believes however that it’s Indian population that holds the key to the country’s economic strength. He says that once they lift the billion people living in the country from the grasp of extreme poverty, their increasing purchasing power will escalate domestic spending. This one sector will drive the engines of the growing economy for years to come

Indian demand for gold has also shrunk, dropping to its lowest level since 2016. International demand for the precious metal has soared, pushing up the price as demand increases. Elevated prices, coupled with a weakened economy, have deterred Indian buyers from buying gold as has been the custom. Consequently, India, known as the second-largest consumer of gold bullion, has seen its market shrink to a 700-ton range, down from its 760.4 tons in 2018, and 771.2 tons in 2017.

Inflows into gold-backed ETFs have also stalled, with the SPDR Gold Trust staying put through September. The annual Dhanteras gold sales remained unimpressive too. Gold sellers in India, nevertheless, believe that the demand is just deferred because of the precious metal’s high prices, and that it will pick up over time.

With the Indian government taking measures to stimulate economic growth further, it seems like gold will make a comeback in the country in 2020. It is therefore expected that demand for the precious metal in India might rise to over 850 tons in 2020.

Chinese Economic Growth Will Rise Faster Than in the West

Mobius, while bullish on China, says that perhaps the country’s days of double-digit economic growth figures are now in the past. The world’s second-largest economy, however, is not about to cool down, despite the speed bumps placed on its trajectory by the US.

The emerging markets fund specialist says that China’s economy will keep rising at a 5 to 7 percent rate for the next decade. Chinese wage levels are growing at a high rate, but the privatization of the economy will help absorb the demand.

As the nation’s state-owned businesses open up for private investment, more foreign direct investment will flow in and boost the economy. It is, therefore, quite evident that China will grow faster than its Western counterparts over the next few years.

Consumer spending has been understandably low in the East Asia country as its economy cools down due to a protracted trade war with the US. China, known as the world’s largest producer and importer of gold, has dealt with lower demand for the precious metal in 2019, just like India.

Gold sellers cite high prices as a deterrent for consumer purchases, saying that if purchase prices were to drop by 30%, sales would pick up once more. The World Gold Council has reckoned that the drop in demand has been due to lower investment demand.

Mark Mobius is, nevertheless, bullish for gold now more than ever. The veteran investor says that gold will gain significant investment value as central banks cut their interest rates globally. He says that the money supply is over the roof, thanks to the futile interventions of central banks in lowering interest rates and stoking demand.

The emerging markets investment professional, therefore tells investors to hold at least 10% gold in their investment portfolios. It is highly probable that the Fed will do what it can to keep the USD weak in line with President Trump’s wishes. This move, however, might start a race to the bottom as more and more central banks experiment with their currency values to weaken them as well. However, it’s a fact that the world will eventually realize that fiat has little value and turn to gold. The precious metal always retains its value in times of market volatility.

The investor is so bullish for gold that he believes that at the end of the coming currency debasement wars, gold will be the only currency left standing. “Physical gold is the way to go, in my view, because of the incredible increase in money supply,” Mobius says.

Therefore, central banks around the world are hoarding gold at unprecedented rates as they prepare for a debased USD. Even though domestic demand for gold in China has decreased, the Chinese central bank is still a leading gold buyer.

The People’s Bank of China bought over 100 tons of gold in 2019, despite the country being the largest producer of gold in the world. The World Gold Council (WGC) has projected increased central bank gold purchases as the threat of an economic recession of global magnitude looms.

Mobius therefore, advises investors not to waste time waiting for lower gold prices in order to enter into the market. Prices will keep soaring higher, so buy gold at any level. Buying gold has never been easier. Novem Gold has designed a more accessible and flexible gold purchase process on the blockchain.

Leveraging the NEO blockchain’s asset digitization prowess, they are disrupting the traditional gold sales industry, making it easier for you to buy gold from any location in the world. Digitized gold does away with the typical gold purchase encumbrances of the validity of ownership, quantity, and quality.