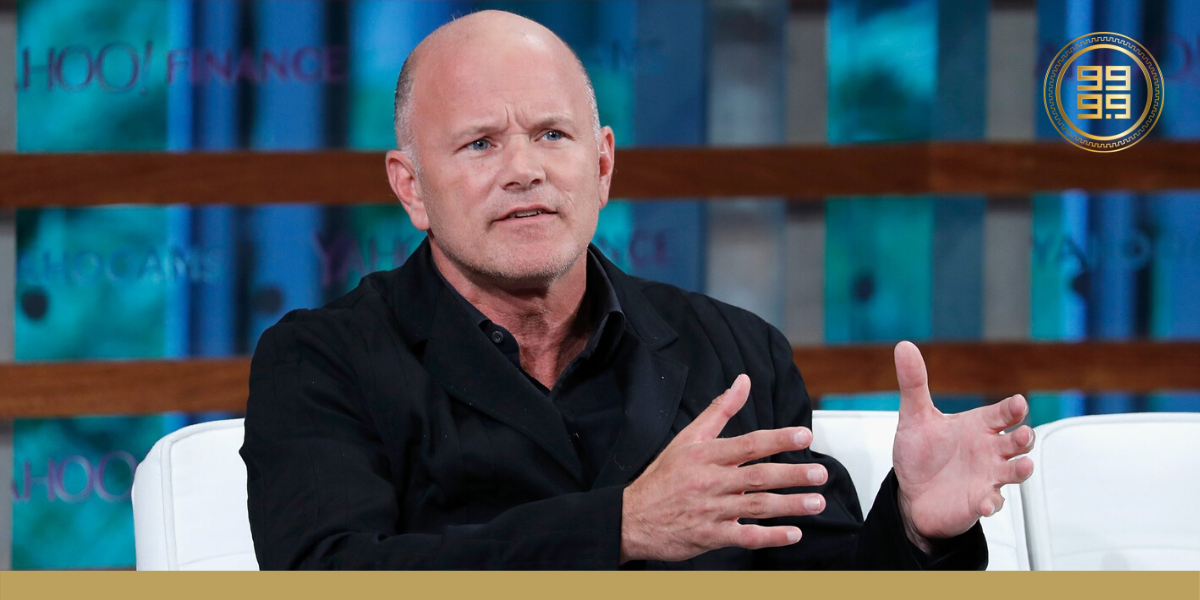 Ex-hedge fund manager Michael Novogratz is famous not only for his love for cryptocurrencies. His candid and radical outlook on extreme capitalism also deserves attention. In May 2019, for instance, the CEO of Galaxy Investment Partners said that the US needed to rethink wealth redistribution. He even proposed a “Wall Street tax” as one possible way of fixing runaway capitalism. Citing a general lack of public financial education and rising income gap levels, Michael Novogratz noted that America is facing an existential risk because of its wealth inequality gap.

The cryptocurrency investment firm CEO noted that the wealth held by 1 % of the population is today worth more than what 90% of the remaining population collectively holds. Other critics of today’s economic system echo his sentiments. Jamie Dimon, Warren Buffett, Howard Schultz, and Ray Dalio have all publicly criticized the vast income gap.

Michael Novogratz has heartily agreed with Ray Dalio’s recent LinkedIn open letter, titled “The World Has Gone Mad, and the System Is Broken“. Novogratz added that the stock market’s decade long rally is about to fizzle out.

He, like Dalio, blames depreciated money values as one of the major causes of the dying liquidity-driven rally. Consequently, Michael Novogratz has asked investors to switch to gold as a haven against an upcoming market paradigm shift.

The Central Banks Reward Only the Creditworthy

For instance, he says that the current fiscal policies designed by central banks are extremely rewarding for the creditworthy. Lenders that hold massive amounts of money will lend the creditworthy their fiat, even at low or negative interest rates.

They then saturate the financial markets with money forwarded to them by central banks. Central banks’ goal is to channel these funds to the public, to increase inflation, and spur economic growth by buying financial assets and pushing investment.

Unfortunately, this policy is not bearing the intended fruit. The creditworthy are not investing as expected because the economic and political environment is not investor-friendly. Spooked by these events, the creditworthy who should be investing to increase real economic activity are instead investing these funds too. Therefore, very little spending is taking place, causing existing financial asset values to shoot through the roof.

Analysts say that this is not the first time central banks have poured freshly-minted digitized fiat into the stock market. In 2009, for instance, the Federal Reserve turned Wall Street into a profit bonanza by issuing digital fiat in a bid to establish a fit financial system.

The Fed’s efforts, however, fueled the stock and asset prices, establishing the beginning of a decade long Wall Street bull run. The Fed’s liquidity effort took the same steps in 2019, pushing the Bull Run to higher levels. They injected billions into the market, and the Fed has been buying short-term government bills to ensure that its targeted interest rate range of 1.55 to 1.75 percent is achieved.

Consequently, M2 grew from $4.6 trillion in January 2000 when the operation began to $14.5 trillion in 2019. The increased Fed liquidity has, therefore, weakened the dollar, encouraging stock market investments. Quantitative easing policies are meant to lower and stabilize borrowing and short-term rates. Unfortunately, this situation has created an unexpected financial imbalance. Investors now have plenty of funds and require investment channels. Therefore, money is left to look for financial assets.

The successes of revolutionary tech companies have clouded the judgment of most investors. Today, it is much easier for a business like Uber who, while they are hardly making any profits, still have their stocks selling in high demand, thanks to the existence of investors with borrowing power and tons of money.

Dalio, founder of Bridgewater Associates, says that this situation has escalated to levels where venture capitalists are forcing money down the throats of startups that do not really need it. To force their hand, the hedge fund manager says that these investors flush with cash are at times forced to threaten startups that turn away their cash injections, by intimating that they would instead fund their competitors.

With stock markets at an all-time high and no money flowing into the real economy, investors looking for a profit have no other alternative but to forcefully find ways to invest for profit. Economic analysts say that this situation signals a potential bubble because investment valuations are no longer about profits and cash flow but rather about the narrative and the story.

Consequently, money is no longer trickling down to improve workers’ earnings or their creditworthiness, and this is creating a widening wealth disparity. The capitalist system that was supposed to work for all is completely broken.

Dalio, however, says that central banks are not all there is to blame for the failure of the existing fiat-based monetary system. Governments with large budget deficits are issuing more bonds to bridge their budget deficits. Bonds issuance is meant to stimulate public spending, which would lessen the need for increasing taxes but generate more tax income from flourishing businesses.  The debt issued, however, has interest charges attached to it.

The government, therefore, not only needs to pay interest but also prepare itself to pay off the debt as well. Consequently, bond issuance hardly works as a means of covering budget deficits, though it has boosted economic growth in some countries.

Governments also buy back these bonds to stimulate the economy when applying quantitative easing policies. While this policy may have favorable short-term benefits, it can be destructive in the long term. The reason is that governments that are already cash strapped also eventfully use money freshly printed by central banks to buy back these bonds.

Economists say that this poor financial decision is very hurtful to the whole financial system because a country cannot borrow and then buy back its own debt and prosper at the same time. The coming economic paradigm shift will be escalated by more problems beyond devalued currencies, widening wealth gaps, and government borrowing.

First, there is a looming cash-flow shortfall in healthcare and pension liability payments. The retirement benefits of many long-term savers might be diminished, further frustrating the dreams of an aged and financially stretched population. Governments might also raise taxes or issue more printed money to cover liability payments.

These poor central bank fiscal policies will further aggravate the already imbalanced wealth gap by pushing asset prices higher. Ray Dalio observes that since there are no limits as to how much money a central bank can issue, it has become painfully clear that the viability of significant world reserve currencies as a store of wealth is highly disputable.  The resulting increasing wealth gap is, therefore, going to escalate as more workers with less than stellar credit records find themselves stuck in a rat race rut.

“We’re in a strange paradigm for investing in general. It’s why lots of guys are buying gold. A lot of guys are skeptical of the equity market.”

Michael Novogratz considered flattening yield curves and negative European bond yields and made a conclusion. He said that it is the best time to invest cash in safe-haven assets such as precious metals or Bitcoin. Gold has, in 2019, seen an investment demand increase of over 110%. In the meantime, gold-backed ETFs are also selling at record highs.

Therefore, it is quite apparent that gold will rise even higher in 2020. Essentially, this is because the political and economic variables behind its rise continue to escalate. This is why Novem Gold has designed an easy gold purchase process on the blockchain, by leveraging the NEO blockchain’s robust asset digitization prowess, rolling out the NVM, and later upon approval, the NNN tokens. The NNN token will be a digital representation of 100% LBMA certified gold, and is fully backed by it.  Novem Gold stores clients’ gold assets in a secure storage facility in pro-Gold Liechtenstein. In addition, they perform regular audits of the gold in through their audit partner, Grant Thornton.

The NVM token is already on sale. To buy tokens, visit Novem Gold. We will use the funds sourced from the ICO to fund the opening of 100+ Novem Gold stores across Europe.

Our first fully functional brick and mortar outlet is now open at Landstraße 1, 4020 Linz, Austria. Visit us and experience our top-notch gold sales, testing, and minting services. You can also bring your gold to the Novem secure ecosystem through our physical stores.

Blockchain in a nutshell