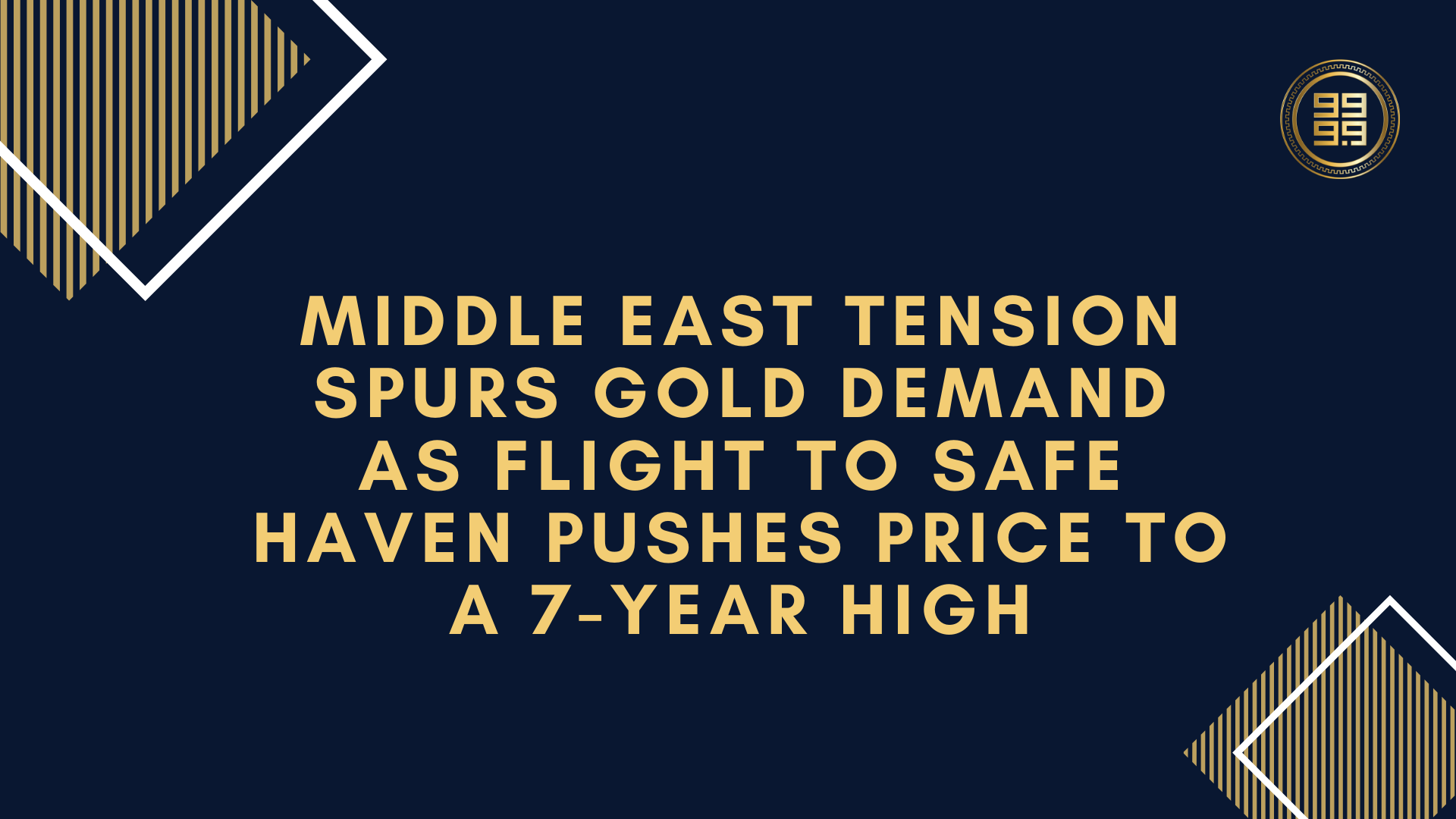 The gold market’s sweet spot is at the beginning of the year, according to Bloomberg analysts. Mike McGlone, a commodity strategist at Bloomberg Intelligence, says January has historically proved to be the best month to buy gold. The yellow metal’s prices have consequently gained ground at an average rate of 2.7% for the last two decades during this period.

Generally, gold prices surge in the first few months of the year. Prices then cool down through the spring and summer months and then rise again in the fall. January, therefore, is regarded as the best time to invest in the yellow metal. McGlone suggests that the metal could hit February highs of $1,600 should its past five years average increase persist.

True to McGlone’s words, January 2020 has witnessed increased bullish buying of gold. As a result, bullion has attained its highest prices since its September 2019 rise. Since the beginning of the year, the metal has rallied by over 1.6%, reaching highs of $1,553 an ounce, setting a new six-year high. This rise, however, has been largely attributed to the US forces airstrike that brought down Iran’s Qasem Soleimani.

The Iranian general was regarded as one of the most powerful men in the country. General Soleimani was the head of the Quds Force, an elite Iranian military unit. US President Donald Trump took responsibility for the attack carried out on Soleimani at Baghdad airport. The Iranian military operations leader died alongside some other militia figures backed by his country.

US: We Preempted Soleimani Attacks

Defending his decision, US President Donald Trump said the general was “directly and indirectly responsible for the deaths of millions of people.” The January 3 airstrike therefore escalated tensions between the Middle Eastern nation and Washington.

As an illustration, Ayatollah Ali Khamenei, the country’s Supreme Leader, publicly declared “severe revenge” for the US, terming the act as criminal. He also proclaimed a three-day-long national mourning event for the slain general. The general, who led the Iranian Revolutionary Guards’ elite unit the Quds Force, was said to be the second most influential military figure in the country after the Ayatollah.

Washington has said that the attack was preempting “future Iranian attack plans.” The effect of the attack on commodities trading was instant. Global oil prices, for instance, soared by over 4% in the attack’s wake.

With Iranian officials terming the airstrike as an act of war that warranted “harsh retaliation,” it ushered the already shaky world economy into a new but more dangerous chapter. Iranian President Hassan Rouhani said that his country and other like-minded regional “free nations” would avenge the death of the general.

He also vowed, “To stand against America’s bullying.” Russia, Iraq, and Lebanon have openly supported Iran’s vengeful stance with Russia terming the airstrike as a “reckless step” and murder.

Gold is a haven asset that has proven to perform exceedingly well in seasons of political and economic uncertainties. According to Jeffrey Currie, the Goldman Sachs Commodities Research global head, geopolitics play an essential role in the performance of the gold market.

Currie notes that “gold performed well, even controlling for real rates and dollar weakness, during the beginning of both Gulf wars and during the events of September 11, 2001”. It is for this reason that commodity strategists at Goldman Sachs have pointed to gold as a more robust hedge than oil for any investor seeking safety in returns as the tensions between Tehran and Washington escalate.

The markets for both oil and gold have risen after the Baghdad airstrike, as retaliation looms. While Brent prices have seen an upswing, the rise is a sign that an oil supply disruption is imminent. Analysts from Goldman, however, say that only an actual interruption in supply can sustain the surge in oil prices. In contrast, as per gold’s history, Goldman says that the precious metal should rally beyond its current prices.

Oil prices are currently at the highest they have been since September’s attacks on two Saudi Arabian oil facilities. Analysts at Goldman are projecting a downswing in crude oil prices in the next few weeks despite an over 1.25% rise after the attack on Soleimani. On its part, gold rallied by over $100 an ounce and could soon exceed Goldman’s 2020-price prediction of $1,600 per ounce.

Gold experienced choppy water in 2018 thanks to a relatively strong US dollar, but 2019 turned the precious metal’s fortunes around. In September 2018, the FED hiked its rates, upping its anticipation for the US economic growth in 2019. It was the FED’s third increase in rates in a year, and the eighth since the regulator’s 2015-rate normalization policy started. As a result, the US had its highest rates in a decade.

The head of Metals Research & Strategy at J.P. Morgan then noted that “As long as the inverse equities-bonds correlation holds, the gold price will continue to be dictated by the direction of real yields and the US dollar.” Gold, therefore, being sensitive to the high-interest FED rates and a strong dollar, was expensive, especially for buyers that use other currencies. The US bond yields were also more attractive, and hence more preferred, to non-yielding precious metals.

In 2019, the FED’s stance turned dovish, heralding a new era for precious metals. The FED began to ease the rates, and the inverted yield curve showed up in financial charts. The US and China trade wars, coupled with the Brexit debate and cooling global economic growth, made gold a preferred investment asset. Ben Bernanke has said that “nobody really understands gold prices,” but history shows that geopolitics is a good driver of precious metals market excellence.

For this reason, gold has not only seen an upsurge in demand among individual investors but also among central banks and major institutional investors. The demand among investors has quickly escalated as central banks around the world lower their rates in what is viewed as a worldwide currency degradation attempt. The FED has continuously been on US President Donald Trump’s abuse radar, as he has been a vocal supporter of low-interest rates as a tool for global export market competitiveness.

The weak dollar environment, weak economic growth data, and rising inflation were the factors that Goldman used to give its $1,600 an ounce of gold price prediction for 2020. Goldman’s Jeffrey Currie says that the firm is still bullish that the metal will hit this three-month price prediction target. Citigroup, in 2019, also issued a $2,000 ounce price prediction for gold in a year or two. There were more bullish predictions for the price of gold come 2020, which should be easier to actualize now with the ongoing events in Iran.

Globally, investors are falling back to gold and other safe-haven assets as Iran vows to abandon its uranium enrichment restrictions. The nuclear deal, negotiated by the Obama administration, would have seen the Middle Eastern country not only convert but also redesign and reduce its nuclear investments. In return, the state would have had the economic sanctions slapped on it for its nuclear-related activities lifted, which would free up billions of dollars in frozen assets and oil revenue.

Donald Trump has said that his administration had identified at least 52 sites in Iran that would be bombed should Iran attack US citizens or assets. For this reason, investors have been in a mad dash to sell stocks, pushing their money to traditional safe bets.

Julius Baer’s Carsten Menke, nevertheless, warns that the gold market needs more drivers than geopolitics to have a lasting impact. This fact means that its prices will only reach higher peaks if more economic and financial instabilities arise.