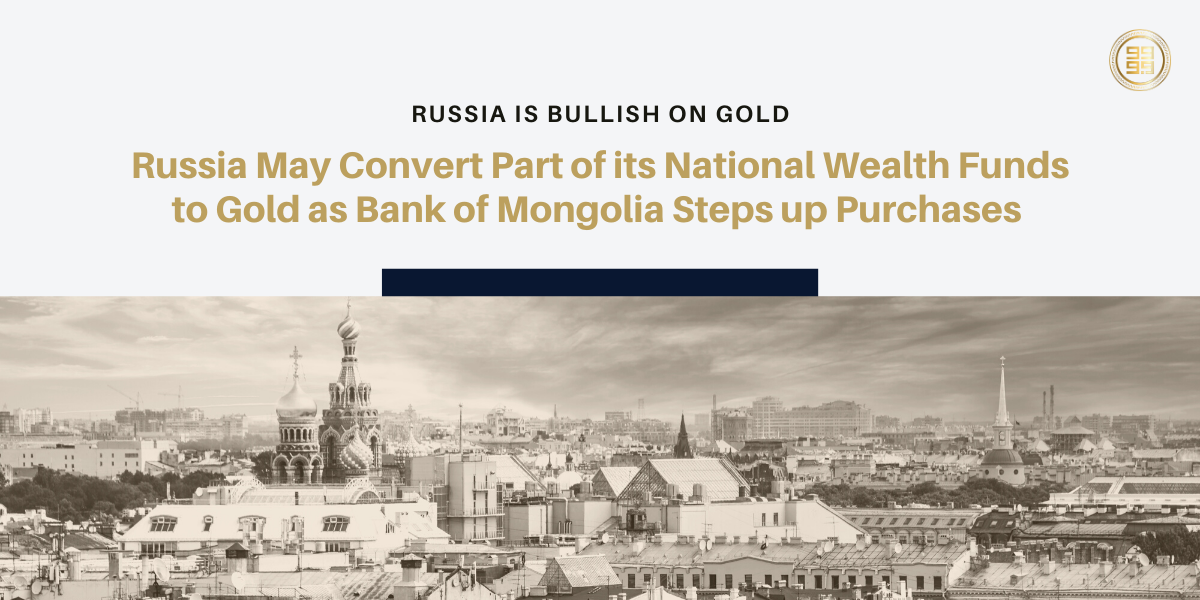 Late last year, the Russian government was getting ready to enact stringent rules that would oversee the utilization of its National Wealth Fund (NWF). The rules would assist the government not only in managing the fund but also maintaining the massive amounts of money.

They would also ensure that the utilization of the funds would not lead to inflation through uncoordinated investments. Dmitry Medvedev, the Russian Prime Minister, approved the regulatory proposal that would ensure that the fund is only ripe for access when its content passed 7% of the country’s GDP.

The NWF, worth $125 billion, will be reinvested in secure but profitable projects with an assured return. These projects should also have a higher return on investment than what is currently available in the bond markets. As per these rules, the investment vehicle of choice will have less than 20% of the Russian government’s stake in it. The NWF’s investments total value cap has been set to $15.7 billion – or one trillion rubles – in the first three years. The proposed rules are nevertheless subject to amendment over time.

Some analysts have intimated that the Russian treasury means to invest the NWF’s funds into natural resource projects only. The fund will probably avoid technology and infrastructure projects because of the need for security and high proof of returns.

The NWF’s investment funds will be ready for access this year, meaning that the Russian government will have funds worth over $94 billion in its hands in the next two years. They have accumulated this vast amount of wealth from oil export profits from the enormous Russian oil fields. All the proceeds from crude oil barrels that have sold for $41.60 and above went back into the NWF.

Russia is Very Bullish on Gold

Elvira Nabiullina, the Russian central bank chief, has spent most of the past year defending the need to keep the NWF investment funds thoroughly in check. She has repeatedly argued that loosening the funds’ purse strings could spike the country’s inflation.

The Russian Economic Ministry is, however, more inclined to liberal spending to boost what is an already flailing economy. The funds, however, will not be channeled to US securities since over the last few years the country has moved away from purchasing US Treasury holdings, and turned its attention to gold.

As of September 2019, Russia only held $10.75 billion worth of US securities. Before 2010, the vast Eastern European country held over $176 billion worth of US debt. When the Obama administration began to impose sanctions on Moscow, due to its aggression in Ukraine, the country started to unload its US holdings in 2014.

The sanctions ballooned under current US President Donald Trump, who announced sanctions targeting Russian organizations and individuals linked to the Putin government. Some 38 individuals targeted by the US sanctions include Russian government officials and Russian oligarchs.

Russia sold large amounts of these Treasury notes off between March and May 2018. By the end of that period, Russia had unloaded the debt and only had $81 billion worth of securities left. This amount now represents 84% of Russia’s current total US Treasury holdings.

Russia said that it was merely diversifying its portfolio away from the USD. Pundits, however, believe that Russia took the action as retaliation for the US sanctions slapped on Rusal, a Russian aluminum company. The action taken by Russia did not have the adverse impact that the spooked market expected.

The 10-year Treasury yields rose by 3% for a short time in April, the month that Russia sold off close to $40 billion worth of holdings. The US ability to borrow was not primarily affected by the sell-out, mostly because there is a very high demand for fixed income amongst investors.

Pension funds and life insurers that cover the large baby boomers segment love the fixed income that treasure rates promise. The short-term spike, therefore, quickly reverted to the norm as the appetite for bonds in an unstable market grew.

Russia Could Go on a New Gold Buying Spree

Russia bought more gold as it sold off the securities, overtaking China’s 5th place on the globally most extensive gold reserves list. Over the last decade the country has quadrupled its gold holdings as it slowly began its de-dollarization process.

Indeed, most emerging market countries have been beefing up their gold reserves, pushing the safe-haven asset to a six-year high. In 2019, Russia’s gold holdings rose by 42% to a $109.5 billion value. Gold now makes up the largest share of the country’s total reserves since the beginning of 2000.

Moscow has explicitly shifted its preference from fiat and other hard assets to gold. The Russian gold purchase spree could be far from over.

Russia Could Invest a Large Part of the NWF in Gold

Anton Siluanov, the country’s Finance Minister, is considering investing a large part of the NWF investment funds in gold. The minister has said that Russia views gold as a better and more sustainable long-term investment plan than financial assets. Siluanov said, “Russia prefers to cushion its macroeconomic stability through politically neutral tools.”

Moscow has explicitly shifted its preference from fiat and other hard assets to gold. The Russian gold purchase spree could be far from over. Anton Siluanov, the country’s Finance Minister, is considering investing a large part of the NWF investment funds in gold.

The minister has said that Russia views gold as a better and more sustainable long-term investment than financial assets. Siluanov said, “There is a discussion on whether to invest the fund’s money in gold and precious metals. There are a lot of supporters and opponents.” Siluanov has a difficult job ahead of him. His nation’s economy has been crawling because of low rates of growth.

The country’s massive oil revenues are not enough to boost its revenues. In contrast, they fill the National Wealth Fund to the brim with unused funds, and there is a raging debate on the best way to invest these super oil profits.

Since the laws dictating ways the funds should go once they have opened the fund are now laid down, it is up to the economist to ensure that the money is carefully invested. This fund, as well funded as it is, has quickly become a thorny issue since it now remains the primary source of state funding for projects. The fund was only meant to stabilize the Russian pension system.

Before Russia’s decision to unload its US securities, the funds would probably have purchased this conservative financial instrument. The Russian central bank is of the view that they should direct these funds to foreign assets rather than Russian projects.

The Economic Development Ministry, on the other hand, has its eyes set on investing the funds in projects that stimulate international demand for Russian services and goods outside the oil and gas spheres.

Critics, however, claim that it is a risky investment since the global economy is cooling down. The cabinet, therefore, has a hard time lining up investment ideas that will not spur inflation or drive the country to pro-cyclical budget policy. The citizens, for their part, are worried that the funds could end up in the hands of the oligarchs since the country’s decisions are made behind the scenes.

Elsewhere, the Mongolian central bank has closed the year with the statement that they had now purchased over 14.4 tons of gold in 2019. The central bank has been on a gold-buying spree alongside many other central banks of the world, in a bid to raise its foreign exchange reserves. The increased reserves are going a long way toward making the country more stable economically.

Is the Central Government of India Going to Tax gold?