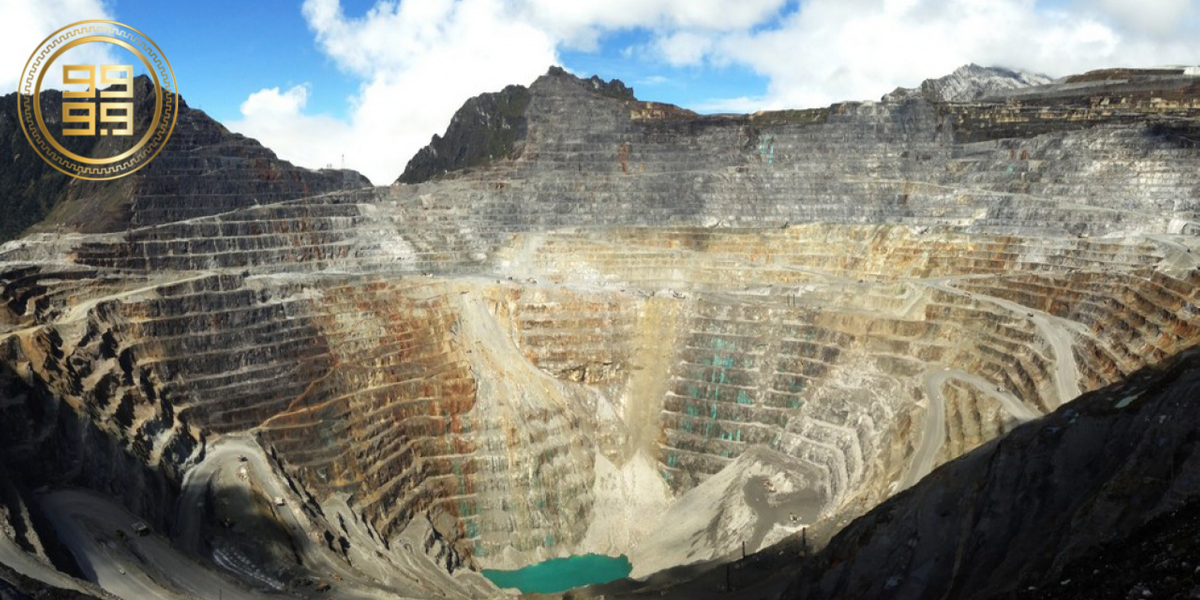 10 facts about the biggest gold mine in the world

To clarify, the mine is located in the Papua province in Indonesia. It is located near the highest mountain in Papua called Puncak Jaya.

Freeport-McMoRan owns 48.74%, and the government of Indonesia owns 51.23% through Indonesia Asahan Aluminium.

3. According to Freeport-McMoRan’s Report for the First-Quarter 2019, its consolidated sales were of 784 million pounds of copper and 242 thousand ounces of gold.

5. The estimated costs of environmental damage amount to approximately $13 billion.

6. The first person to discover the place for the future biggest gold mine in the world was Dutch geologist Jean Jacques Dozy. In 1936, he was a member of an expedition that scaled the highest mountain in the Dutch East Indies – Mount Carstensz. Being there, he made notes of rock and estimated the extent of the gold and copper deposits.

7. To clarify, the first mine was 4,100 meters above sea level, and the construction cost $175 million. It was $55 million more than the original budget. Finally, it officially opened in 1973 and expanded by Ertsberg East, which opened in 1981.

8. In 1977 a group of rebels from Free Papua Movement attacked the mine. The group dynamited the main pipe. As a result, they caused lots of millions of dollars damage, and attacked the mining equipment. Meanwhile, the Indonesian military reacted harshly, killing about 800 people.

9. At first, in the middle of the 1980s, the thirst for gold largely depleted the original mine. After that, in 1988, the researches identified new reserves at Grasberg, which valued at $40 billion. Above all, it was just 3 kilometers from the Ertsberg mine.

10. There are ongoing protests of FMPPF activists calling on PTFI and the Indonesian government to make welfare and community rights a fundamental part of the takeover deal. Consequently, their demands involved more participation of indigenous people in the mine’s operations, recognition of traditional land rights in the company’s concession area, and more involvement by indigenous communities in drafting the company’s policies.

Meanwhile, Novem Gold’s NNN tokens are gold-backed coins that are revolutionizing the gold trade. 21 kilos of securely stored LBMA-certified physical gold back the tokens on the NEO blockchain. Above all, you can fully redeem these tokens the precious yellow metal. With the NNN token, you can own gold without the hassle of access, validation, and storage from anywhere in the world.