The Best Safe Haven Asset: Is BTC as Safe as Gold? 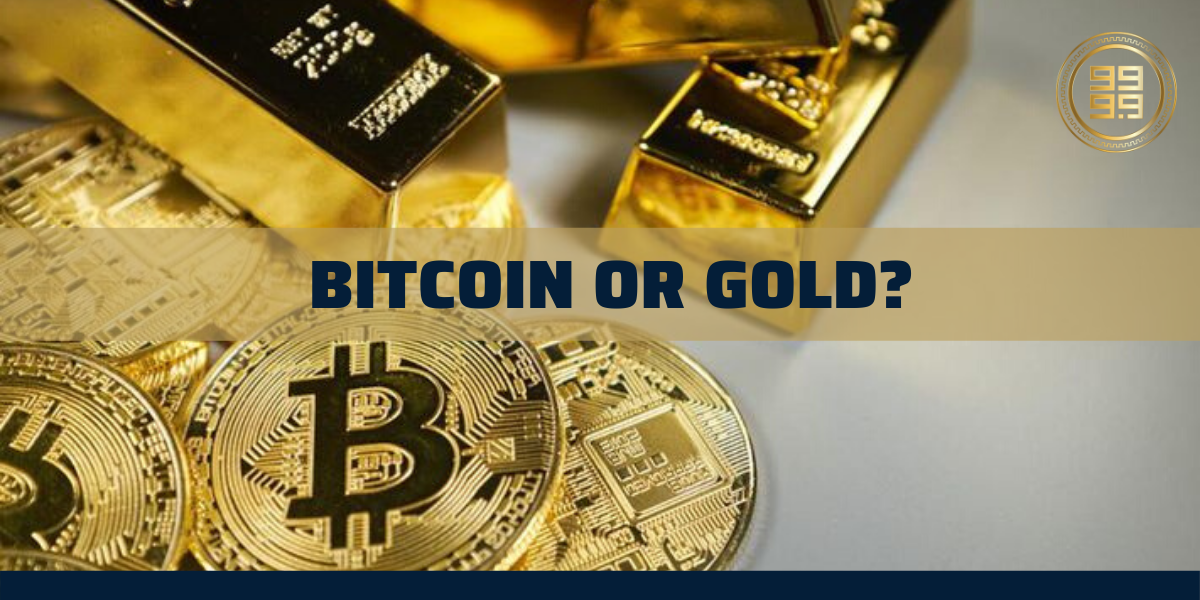 Bitcoin and Gold are two assets with a lot of die-hard believers. For these believers, this asset class seems like a safe haven.

But there are also staunch critics who argue that they either one or the other is not a good investment at all. Since BTC’s creator, Satoshi Nakamoto, envisioned Bitcoin as a kind of digital gold, many crypto supporters started claiming that Bitcoin is going to become a “digital store of value“.

This raises a question. How similar are they as an investment? And which is the safest safe-haven asset: Bitcoin or Gold?

Let’s dig in and compare Bitcoin to gold by showing you an infographic to help you obtain a better understanding:

Even though Bitcoin has just started out on its way to mass adoption, more and more companies are beginning to accept BTC as a payment method. Gold, on the other hand, has served as money for a much longer period and proven its value through the ages.

Both investments have a speculative nature since there are too many factors that influence the price of both.

Though mining methods are rather different, both of them have to utilize expensive equipment and serving costs. While Bitcoin mining involves high electricity costs, gold mining uses human resources to mine.

BTC is capped at 21 million coins and gets harder and harder to mine over time. More than 8-% of all coins have already been mined. Gold supply is dependent on the amount mined out of the earth’s crust. It is estimated that 165,000 tonnes exist above ground today, and about 4,500 tonnes are adding from mining per year.

People use Bitcoin and gold to hedge their funds in times of political and economic uncertainty or instability, or during monetary devaluation.

Although Bitcoin and gold have so much in common, they are two very different assets.

Gold is a physical asset, while BTC is fully electronic (digital).

Gold has thousands of years of history behind it, while Bitcoin’s history is minute in comparison – a decade.

Gold has lower risk and lower returns, while with Bitcoin, both risks and returns are higher.

Bitcoin is more volatile than gold.

Gold is under the control of the Futures Market. Bitcoin is not controlled by any party, and in contrast to gold, can’t be confiscated. On the other hand, the lack of government control makes Bitcoin more susceptible to scams.

Bitcoin is easier to send and receive than gold.

Which Safe-Haven Asset Is Best?

In general, when weighing up all these differences and similarities, we may assume that gold is still a winner, as it has proven its value through the ages. It also has one other important quality – people’s loyalty. People have always been attracted to holding precious metals since they are tangible and can be kept at hand.

Bitcoin, on the contrary, is digital, which makes this type of investment psychologically more difficult to make. Although in general investors receive lower returns from gold when compared to BTC, the risks of loss are also lower. In addition, gold has relatively lower volatility on the market.

Another primary difference is the government’s stance on these two assets. Bitcoin enthusiasts bet on it as because they know the government does not control BTC and therefore cannot confiscate it. Although this is a great plus for Bitcoin, it is also minus, as it prevents investors from entering the market as they are afraid of scams.

Summing up, gold is still a winner. People tend to turn to gold as the most safe-haven asset in times of political and economic uncertainties, and it has always been a smart addition to any portfolio due to its historical level of reliability and real value.