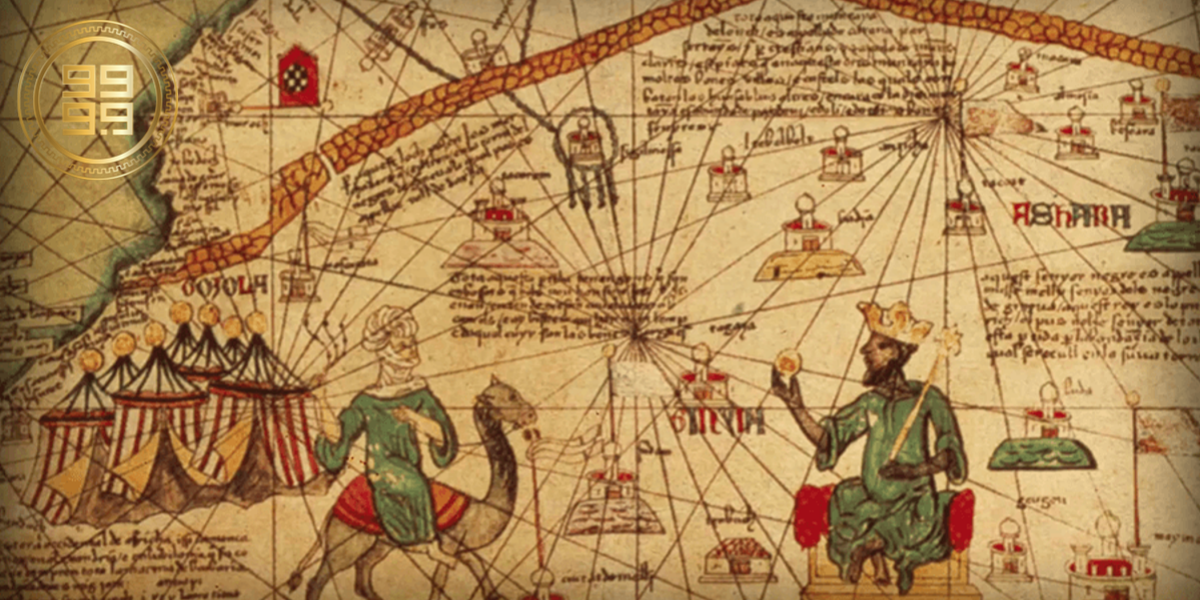 According to Bloomberg’s Billionaires Index, the richest person in the world currently is Amazon CEO and founder Jeff Bezos. His net worth is $112 billion. But he is not the richest person in history. This title is considered to belong to Mansa Musa. He was the 14th Century West African ruler whose fortune was so tremendous that people struggled to describe it. One of Musa’s title was “Lord of the Mines of Wangara,” as Mali was the largest producer of gold in the world. So, we can fairly call Mansa Musa the richest gold owner in history.

The pictures of Mansa Musa depict him holding a gold scepter on a gold throne, holding a cup of gold in his hand, and wearing a golden crown. The researches joke that to estimate the real fortune of Mansa Musa, you have to imagine as much gold as you believe a human being can possess and double it. That’s how much the richest gold owner in the history possessed.

Mansa Musa’s shocking fortune came from his country’s huge production of more than half the world’s supply of salt and gold. A specialist in African Art from the Northwestern University Kathleen Bickford Berzock explained: “As the ruler, Mansa Musa had almost unlimited access to the most highly valued source of wealth in the medieval world,”

Many tales entwined the name of the richest gold owner. During his famous journey to Mecca in 1324, on his three-month stop in Cairo, Musa spent so much gold that resulted in a currency crisis in Egypt. The price of gold plummeted for 10 years and wrecked the economy. The richest gold owner brought a large caravan with him, which stretched as long as eyes could see. Reportedly, his caravan included 1,000 attendants, 100 camels loaded with gold, lots of musicians, and 500 slaves bearing gold stuff.

Mansa Musa wasn’t stingy about his wealth, either. He built a lot of mosques, including the Djinguereber Mosque and commissioned many universities.

After a 25-year reign, Mansa Musa died in 1337. Mansa Musa’s pilgrimage to Mecca brought the attention of all Europe to Mali. For the next two centuries, Spanish, German, and Italian cartographers created world maps showing Mali and referencing Mansa Musa.

Own the precious metal with Novem Gold

If you want to be the next richest gold owner, you can try Novem Gold. Through Novem Gold’s, digital gold ownership you can get your hands on digitized LBMA-certified gold which we secure in Liechtenstein. Novem Gold’s entire approach is based on safety and transparency. Through the use of the NEO’s blockchain, Novem Gold is providing institutional as well as retail investors a transparent opportunity that can handle secure storage and transfer of physical gold.