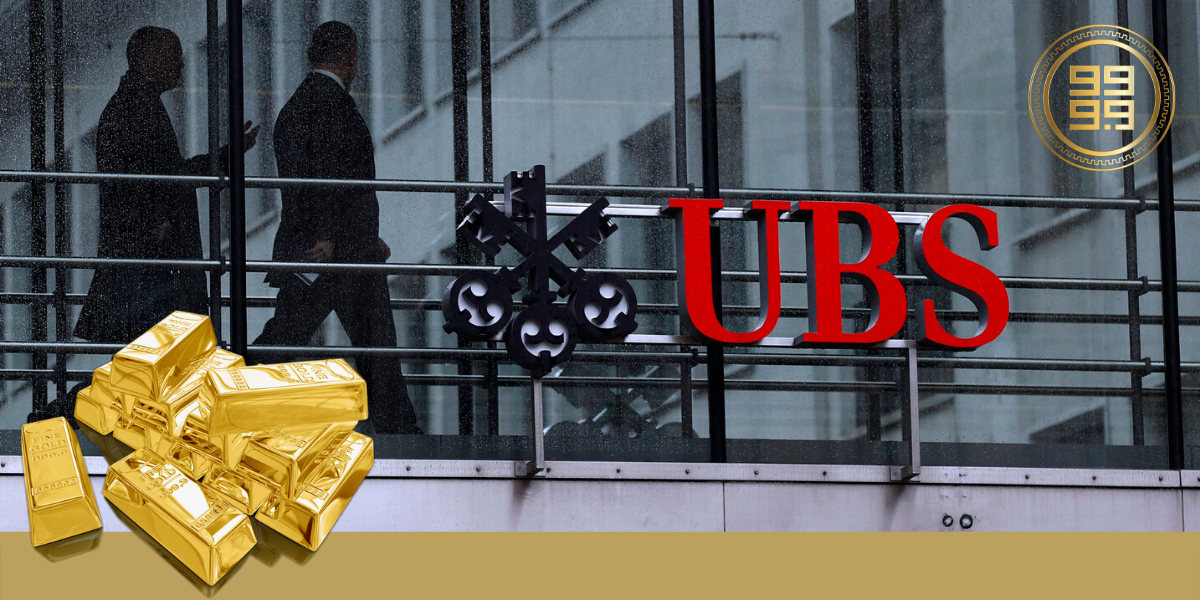 The UBS Group AG is bullish on gold prices as they predicted in August that gold prices would rally to $1,600 an ounce and remain at that level for the rest of the year. The Switzerland-based financial services and investment bank cited the ongoing unpredictability in the financial markets as the reason for its bullishness.

UBS strategist Joni Teves considered the US-China trade war as a precursor for increased activity in the gold market. The trade war between two of the world’s economic super-powers is a logistics nightmare. It is slowing down economic growth and forcing central banks to adopt dovish monetary policies.

The ultra-conservative firm is now making fresh predictions on gold prices. The UBS Group AG is bullish on gold prices and is firm on its August assertion.

The bank says the current negative interest rate environment coupled with lower long-term yield rates will drive gold prices. That’s because investors seek for value shelters in gold as it is a certified and trusted safe haven. Not surprising, the bank was unfazed even when the prices of the precious metal tumbled 20%, correcting from previous highs of $1,553 to the $1,470 in late September.

Despite the correction, UBS is confident that prices will stabilize going forward. Most noteworthy, there is an expansion in the uptake of other gold-related investment products such as ETF holdings. The bank observes that interest for goal stems from institutional investors and not individuals or retailers. Institutional investors often make very calculated and informed moves. On the other hand, retail investors, or the herd, tend to speculate, often placing bets at cycle ends.

The financial services firm has, therefore, said that the relative comparative absence of retailers marks the beginning of a gold rally. The Swiss bank is not only the financial institution of global acclaim overweight on gold. At the back of trade tensions and other geopolitical factors, Bank of America (BoA) projects gold prices to hit $2,000 an ounce in the next two years.

Also, Britain’s vote to exit the European Union (Brexit) favors gold as a safe-haven asset. At the beginning of the year, analysts from BoA downgraded their US GDP growth forecast from 2.5% to 2.4%, and predicted a 1.5% growth in GDP in 2020.  Analysts pinned their numbers on the ongoing tariff war saying this reduced the economic welfare in the U.S. They also added that the tariff increases were highly deflationary and were risking the country’s macro-economy.

Citi Group, in mid-2019, had asked investors to funnel their money in gold as the asset’s prices retraced expecting prices to rally to $1,300 by Q3 2019. Gold prices, nonetheless, surged past the bank’s conservative target. Complementing, analysts from Goldman Sachs are also positive that gold is at an early stage of a long-term rally. As such, they project gold prices to close above $1,600 by the end of the year.

Goldman Sachs base their analysis on the US-China trade war adding that it would be one of the biggest drivers. Further precipitating is the economic growth slump in large economies such as Germany, a precursor of a possible global economic recession.

Recently, Germany posted the highest decline in industrial production in over a decade. Concurrently, many central banks in the Asia-Pacific region are easing, slashing interest rates to stimulate their economies. This, according to Goldman Sachs, will drown the value of assets denominated in USD.

While the price of gold is correcting, it is currently up 18% against the greenback and treading at around a six-year high. Gold has also posted new highs against leading fiat currencies, including the Yen, the Sterling Pound (GBP).

Given the upbeat overview of leading investment banks and veteran investors, it appears as if gold’s spectacular hot streak is just getting started now that the yield curve is inverted. This phenomenon happens when short-term yields become more profitable than long-term bonds.

Although rare and often hints of a recession, when factored with an increasing dovish stance by central banks as well as negative returns in what was once safe-haven government bond will be the factors that would sustain a gold rally.

Further, as per Citi Group’s deduction, it appears as if the FED may end up slashing rates to zero-a fact that cannot be dismissed, suppose Powell yields to President Trump’s calls. In the likelihood of that event, investors would flow to gold, further pumping the asset price to new highs.

And it is possible. Remember, in 2011, gold prices spiked to $1,921 an ounce. Therefore, while $2,000 is less than $600 away, it is possible that sticky geopolitical concerns, government intervention, QE and the increasing uncertainty could spark the next wave that would lift gold to a new 12-year highs in due course.

The choice for gold is a no brainer. It is advantageous because it is not controlled by any government entity, is trusted and equally scarce. Also, rivalling governments are stacking up gold aware that the physical asset could shore up their fiat currencies in times of economic distress or even war. If central banks debase their currencies to stay afloat, gold will stand tall.

Novem Gold, an expert gold dealership business, is a trailblazer in the sale of tokenized gold. Leveraging the power of blockchain, Novem is designing unique NEO blockchain tokens that allow easy, safe, and flexible investment in LBMA-certified gold.

On September 2, 2019, we opened the first brick and mortar gold store at Landstraße 1, 4020 Linz, Austria. It is the first of over 100 stores that we are planning to open across Europe’s cities.

These physical stores will help gold buyers and sellers to turn in their gold into the business’s secure ecosystem. Our unique digitized gold (NNN) has many advantages over traditional gold purchase methods. For every gram of gold, Novem Gold will generate 100 NNN gold-backed tokens.

It is safer, and with it, you do not have to worry about purchasing gold whose value, quantity, or ownership is unsatisfactory. These hindrances have, in the past, made the traditional gold purchase process an impediment to individual desirous of investing in gold. Through our unique blockchain-powered gold purchase process, these obstacles are now a thing of the past.

Every stored gold under our custody is in trust by an industry-renowned precious metals storage and experts in Trisuna Lagerhaus OZL in Triesen, Liechtenstein. To reinforce customer trust, there will be regular audits by Grant Thornton to ensure that the quantities of the precious metal in storage corresponds with the minted NNN tokens.