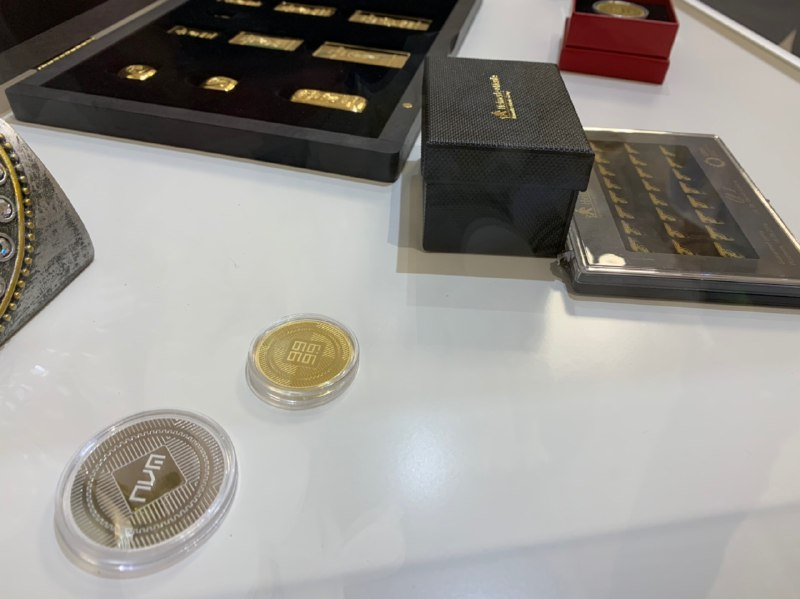 Times are changing so fast, that dynamics that are the norm now could be outdated in a few years. No one knows this better than Jason Zweig, the columnist behind the Wall Street Journal’s “The Intelligent Investor.” In the July 2015 article, “Let’s Be Honest About Gold: It’s a Pet Rock,” the author of Your Money and Your Brain derided the gold bug’s preoccupation with the precious metal.

Written at the height of gold price slump, that foot-in-the-mouth article should serve as a warning that the global economy is evolving at a dizzying pace. And not for the better. At the time, to Zweig’s chagrin, gold was selling a $1,150 an ounce. The price of the precious yellow metal had also plunged by 39 percent since a 2011 peak of $1,900.

The Era of Gold Is at Hand

Fast forward to today, positive news about gold is making daily headlines. Gold is manifesting reasons as to why it has been entwined with humanity’s economics for 5,000 years and counting. The World Gold Council (WGC), for instance, has reported a 1,053.3-ton demand in gold in Q1 2019 alone. The organization says that the increasing central banks’ purchases of gold in bulk are partly behind this move.

The demand is also riding high on the proliferation of exchange-traded funds backed by gold. The gold market development organization reports that central banks have in Q1 purchased 145.5 tons of gold, a 68 percent rise when compared to the same timeline in 2018. This high level of purchase is the strongest there has been since 2013.

The demand for gold, in Q2 of 2019, rose by 1,123 tons. Economists say that the velocity of fiat is on the decline. This means that money’s rate of exchange is declining and this rate is the worst it has been since 1959. A high velocity of money means that the dollar changes hands more often in transactions, which is a good indicator of economic health.

The decline in the velocity of money is part of the reason why easy money from the Fed has not jump started the real economy.  The US central bank has expanded fiat supply like mad, but people are conservative, and not spending the quantity which has expanded cash reserves. This is the reason why the link between inflation rates and the central bank’s monetary policy have become loose of late.

The low velocity of money, however, has been good for gold. The sluggish economic growth indicator signals ineffective monetary policies. There are significant political and financial market issues today that have remained unresolved for a long time. These problems are getting worse and bigger by the day, and governments and regulators do not seem prepared to deal with them.

The US-China trade wars, the economic slump in the European Union states as well as Brexit are some of the issues adversely affecting global markets. The destructive nature of these issues have sent gold on a winning streak. As a result, the UBS Group AG is forecasting a $1,600 gold price in the next three months. Analysts at the wealth-management unit say that war between the two largest economies has led more investors to gold. The hard-line remarks by the US president as well as the Fed interest rates cut have given gold a chance to demonstrate its safe-haven qualities.

Mark Carney, the governor of the Bank of England, has recently said that it is perhaps time to rethink the world economies reliance on the USD. He further added that the green back has had a very destabilizing role on the economies of the world and that perhaps central banks should join together and create a replacement reserve currency.

Speaking to central bankers gathered at Wyoming, Carney has cited the dollar’s adverse influences of increasing the risks of a liquidity trap. This has forced low-interest rates and slowed economic growth. He said:

“While the world economy is being reordered, the US dollar remains as important as when Bretton Woods collapsed,”

This is about the end of the dollar peg to the gold standard in the early 70s. It, therefore, is possible that central banks are beginning to appreciate the folly of abolishing the gold standard and turning to a manipulable for political interest, USD.

There are strong hints that the economy could crush and therefore, this is the time to invest in gold. With a confluence of supportive evidence, all pointers show that gold will be a standout asset class in the next few years. Jason Zweig, in his ” Let’s Be Honest About Gold: It’s a Pet Rock” article, says that gold is investing in gold is a “cumbersome and archaic and barbaric” process.

While his statement is a tad exaggerated, the validation in ownership and quantity stored when trading in gold has been a hindrance to the trade. But it doesn’t have to be anymore. At Novem Gold we have designed a gold trading process that relies on blockchain technology as well as modern communications to lower the entry barrier of access to gold.

Through set high ethical standards, we are creating a secure and trusted, distributed ledger of ownership that melt previous barriers introducing portability, transferability and near instantaneous trading. To even make the process simpler, we plan to open brick and mortar stores in different cities across Europe that not only operates ethically but also gives traders, investors, and refiners surety in their trade. The first such store will open doors on Sep 2, 2019.

What About NNN: The World’s Most Secure Gold-Backed Token?

Behind Novem Gold is years of experience in the business. The business was started by was started by Wolfgang Schmid and Mario Schober, two long term gold trading specialist. They are creating what will be the world’s most secure cryptocurrency token in NNN to launch on the NEO blockchain. The Novem gold stable coin 999.9, or NNN, is entirely backed by gold, and its value pegged to that of the precious metal.

Digitized, the $7 trillion gold industry has been democratized right in front of our eyes and everyone, keen on investing, can buy-without bargaining, any amount of gold he/she wishes. There are no longer minimum purchase requirements. After all, trading the NNN token is trading the proof of ownership of secured and audited physical LBMA gold.

The NNN token is designed to help you own gold without the hassle of validation. It is also very stable in value, which means that it will not have the common volatile nature of most cryptocurrencies. There is, of course, the added advantage of the token being backed, not by fiat, but a secure, timeless store of value in gold secured by Trisuna Lagerhaus AG/ OZL AG based in Liechtenstein. Each gram of gold whose quality has been verified by Novem is equivalent to 100 NNN.

For efficacy, we utilize the NEO blockchain for our NNN token. There are several advantages to this. Given that all gold will be stored in gold supportive Liechtenstein, we will efficiently manage not only the storage but the transfer of large portions of gold globally-and fast.

Our internationally respected storage gold company receives the gold from the refinery, and we shall play our part in scrutinizing the quantity and quality of the metal. That’s notwithstanding the gold backing the token is the best quality London Bullion Market Association, LBMA gold.

We will be minting new NNN tokens regularly, and the token’s supply and amount of gold stored will be constantly verified via the NEP-5 token supply procedure. As such, given this stringent auditing procedure, each NNN token will be instantly exchangeable for 100 percent LBMA certified gold from Novem’s gold supply. There will be quarterly audits, of which we do not know the exact dates of when those will happen, to ensure the integrity of the audit done by Grand Thornton. Furthermore, drawing the benefits of the blockchain, transaction fees will be negligible low at 0.05 percent, which will not only cover insurance and storage costs but transfer fees as well.

Expect Gold Prices to Remain High; US Interest Rates Will be Low in 2020