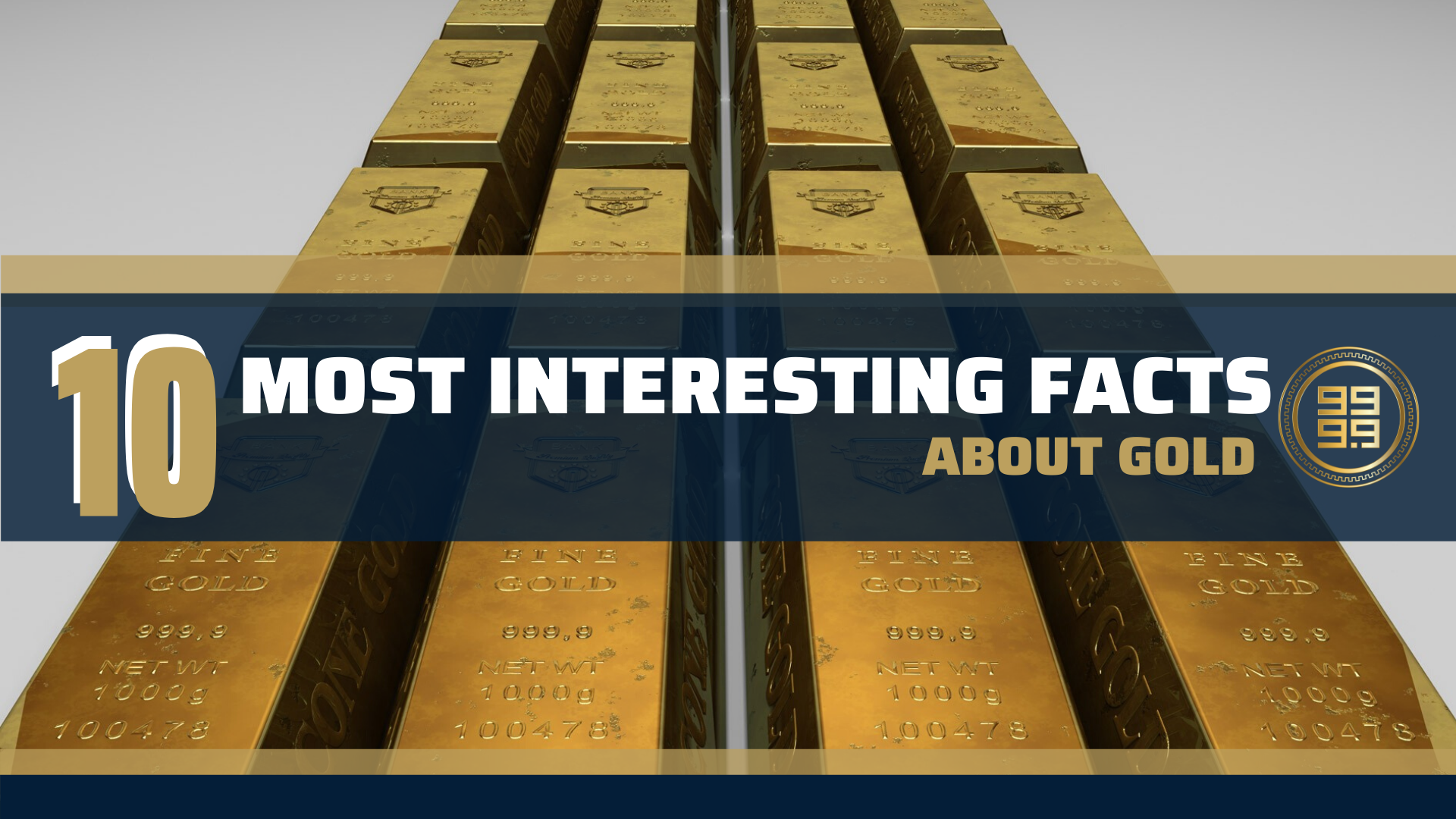 People have always considered gold as something more than just a metal: its shine has lured human beings for ages. There often has been something hidden and unobvious for the human eye though interesting and appealing. So, today we are going to review the top 10 most interesting facts about gold.

1. Gold in Food and Human Body

Since the human body has about 140 ppb of gold, for an average 70 kg person, it will be about 10 mg of gold. Although gold is a heavy and dense metal, it is generally considered non-toxic. This way, gold metal flakes may be eaten in foods or drinks, though most foods apparently contain only a few nanograms of gold per gram.

K, k, KT, Kt, kt, CT, ct are the abbreviations with the same meaning. They represent the word Karats, which can be spelled Carats in many places outside of the USA. Karats is the measurement that is usually used to describe the purity of the gold. Pure gold is 24 karats. Though, most gold is made up of a mixture of gold with other metals. There can be 10, 12, 14, 18, 22, or 24 karats.

3. Gold is a Noble Metal

Since gold is a noble metal, it is unreactive and resists degradation by moisture, air or acidic conditions. While acids can dissolve most metals, only a special mixture of acids called aqua regia can dissolve gold.

The earliest coins mostly refer to Iron Age Anatolia of the late 7th century BC, to the kingdom of Lydia, Western Turkey. These coins were created from electrum (a natural mix of gold and silver, 54% gold to 44% silver), found in the local rivers.

One of the most interesting facts about gold refers to sport. Olympic gold medals were pure gold until 1912. Now Olympic Gold Medals only contain 1.34% of gold.

Aurophobia is the fear of gold. People having this fear may dislike gold because of its appearance, thinking that it represents power or death. The origin of the word Auro (meaning gold) is Latin, and Phobia (meaning fear) is Greek.

Phosphorus discovery dates back to 1669 when the German alchemist Hennig Brand thought that human urine had the same color as gold and believed that he could distill gold from it. After stockpiling 1,500 gallons of urine and boiling it, he discovered phosphorus.

Pure gold is very thin and can be easily bent. So, it is a bad choice for jewelry, which requires more durability. Most gold jewelry is made of a gold mixture with various other metals, called alloy. The color of the gold is determined by the other metals in the alloy.

This title can fairly belong to 14th Century West African ruler Mansa Musa. His fortune was so tremendous that people struggled to describe it. One of Musa’s titles was “Lord of the Mines of Wangara,” as Mali was the largest producer of gold in the world.