Yes, China is Hoarding Gold: Is That Positive for Prices? 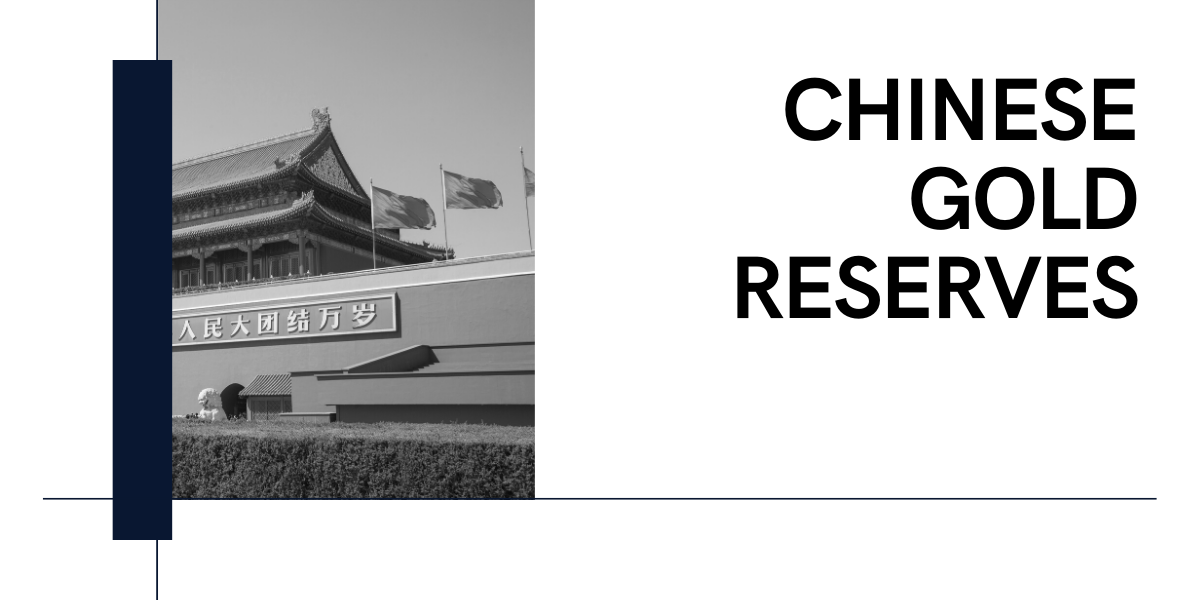 In mid-2015, China ended years of speculation over its gold reserves by announcing that it had 1,658 tons of gold. The People’s Bank of China (PBOC) had increased its official gold holdings by 60% since its last disclosure in 2009. China had 1,054 tons of gold in its reserves as of April 2009.

By 2015, the price of bullion had dipped to its lowest since the 2011 gold bull run that pushed the metal to highs of $1,900 per ounce. The East Asian economic giant had been accumulating gold as the USD strengthened, pushing the prices of bullion to some of the lowest levels of the decade.

China is an export powerhouse and is not only the world’s largest exporter but also the largest holder of foreign exchange (forex) reserves. The country has over $3.11 trillion worth of foreign exchange holdings, to shield it during economic emergencies.

These vast forex reserves also buoy its native currency and give it much-needed clout in international affairs. These immense reserves increase the footprint of the US dollar in international trade. Its dollar reserves have also been a significant contributor to the current global savings glut.

The Chinese manufacturing sector holds a lot of US government bonds, and these savings – plus those made by other Asian countries – have directed mass capital flows to US households.

Beijing has, however, clarified that it is diversifying its reserves away from the dollar.

Beijing is highly exposed to American currency. Its overdependence on the dollar has been behind its silent gold-buying spree that raised its reserves from 1,658 tons in 2015 to 1,848.31 tons by the fourth quarter of 2019.

Economists note that China’s bid to decouple from the dollar heightened with the China-US trade war. The US threatened not only Chinese stocks listed in the US with delisting, but slapped massive tariffs on their exports. China, on the other hand, used its dollar-pegged currency, the Yuan, to fight back against the US’s punitive measures.

In August, the PBOC allowed the Yuan’s value to fall against the dollar to cheapen its exports. The move increased the prices of American goods, a move that not only caused a massive shockwave in the market but also angered the US president so much that he called China an outright currency manipulator.

Besides diversifying to other currencies, China has also accumulated “shadow reserves.” Diversification away from the USD will also give the Yuan a more significant role in global finance. It is this Chinese desire to counteract a highly US dollar-centric system that has seen the country buy up massive amounts of gold as part of its alternative investments.

One factor that has gone almost unnoticed is the massive accumulation of gold by Chinese citizens. They have collectively imported over 12,000 tons of gold into the country since 2009. Switzerland is the world’s largest importer of gold, buying about 22% of all global gold imports as per 2018 data.

It is closely followed by China, which raked in close to 16% of all gold imports in the same year. Hong Kong, India, and the United Kingdom are also part of the world’s biggest gold-buyer markets. Switzerland might be a global leader in gold imports, but it is also the largest exporter of the premier precious metal.

The central European country is a gold refinery hub, and it is home to four of the world’s largest gold refineries. The mountainous country is home to Newmont Mining’s Valcambi SA, which refines close to 1,400 metric tonnes of the precious metal every year.

Switzerland is such an exporter of gold that of the 3,100 tons of the yellow metal produced in the country in 2016, 2,716 tons went to exports.

China Keeps Most of its Gold

China is the world’s second-largest importer of gold, but unlike Switzerland, most of the gold China imports remains in China. As an illustration, China imported $64 billion worth of gold in 2016, and only exported a paltry $1.2 billion worth of it. In essence, China was $62.7 billion richer by the end of that year.

The East Asian nation not only stores its imports but also buys a large share from Hong Kong, the fifth most prolific importer of the precious metal. The Pearl of the Orient bought 842 tons or 8.7% of the world’s gold imports in 2016. In that year, Hong Kong sold 1,337 tons to China, dipping its hands into its reserves in its bid to meet the insatiable Chinese demand for gold.

The Chinese have not always had it easy with gold. Mao Zedong banned the individual purchase of gold, and the ban was enforced for decades afterward. The Chinese bank was the only buyer of gold in the country, and it only allocated its gold reserves to a small number of state-owned jewelers.

In the early 2000s, the ban on individual gold purchases was lifted, and the Chinese gold rush began in earnest. The world’s busiest physical gold exchange was launched and opened to the public, flourishing as the government put measures in place that encouraged the gold trade.

This excitement and clamor for gold moved a lot of gold from western vaults to the east as the most massive movement of gold recorded in recent history took place.

Since then, the Chinese demand for gold takes 14% of the world’s supply, yet the country has been the largest producer of the yellow metal since 2007. The nation consumes over two times more gold than it mines with a large percentage of its citizens spending massive amounts of cash on gold adornments.

Many Chinese millennials spend thousands of Yuan on fashionable jewelry. Their parents, on the other hand, buy 24-carat clunky gold jewelry, the perfect investment vehicle for that generation.

The jewelry – evocative of gold ingots – is easy to sell and the money recouped when the need arises. They also buy matt ranges of gold jewelry, shunning tacky pure gold adornments for creative and lower carat gold designs.

Gold is a Safer Investment in a Debt-Ridden Global Economy

China has been a net importer of gold since the 1990s, but its significant purchases have increased since the global economic recession. The Chinese central bank – the supervisors of the Shanghai Gold Exchange – has encouraged the gold trade in the country by enabling the commerce of fine gold at its lowest spreads.

Sun Zhaoxue, the China Gold Association president, has, in the past, said:

“Individual investment demand is an essential component of China’s gold reserve system, and we should encourage individual investment demand for gold. Practice shows that gold possession by citizens is a useful supplement to national reserves and is very important to national financial security .… We should advocate to ‘store gold among the people’ [“People’s Gold”] and guide a healthy, positive development in this segment … This is the aim of our gold strategy.”

She goes on to ask for a strategic national gold strategy to make China resilient against multiple economic occurrences. To this end, the Shanghai Gold Exchange has made tremendous steps in making the gold trade as easy as possible, even launching an app to aid it.

China’s centuries-old infatuation with gold has led them to accumulate over 20,000 tons of gold because the People’s Bank of China does not buy gold from the domestic market.

Consequently, all the gold that is purchased by the Chinese stays in the local market. Pundits also believe that the Chinese central bank holds more gold than its official reserve numbers portray. The economic giant underreports its gold holdings to enable it to accumulate more of the precious metal at lower prices.

As China slowly delinks from a USD that has already lost its value due to prevailing high debt to GDP ratios globally, it stands out as one nation prepping for an oncoming economic catastrophe that could inevitably lift prices.

The World Bank has already issued a warning that the current wave of debt is untenable. Global debt percentages now exceed 322% of GDP. Central banks have pushed the global economy to the brink due to easing policies meant to stimulate economic activity.

Unfortunately, they find themselves intertwined in a broadening circle of money printing activities, which will eventually lead to extreme inflation. The management of inflation means that real rates will keep falling, and gold values will keep rising.

In debt-ridden financial systems, he who holds the gold makes the rules. And China is ready to step up.